Home >> Lifestyle >> Celebrate an Amazing Woman Who Inspires You

There are amazing woman everywhere — all over the world. I'm sure you know at least one woman who has inspired you in one way or another. For me, that woman is my grandma, who's still kicking at 90. I'm sure she has no idea how much she influenced me over the years, but she was the force that drove me to get an education and pursue my dreams. I can only hope that I'm making a similar impact on my daughter.

SCA believes that everyone should have the opportunity to live life to the fullest, and they are committed to creating value for people and nature. To champion these ideals, SCA has launched Amazing Women Everywhere, a digital photo mosaic to celebrate women who have a positive impact on others. 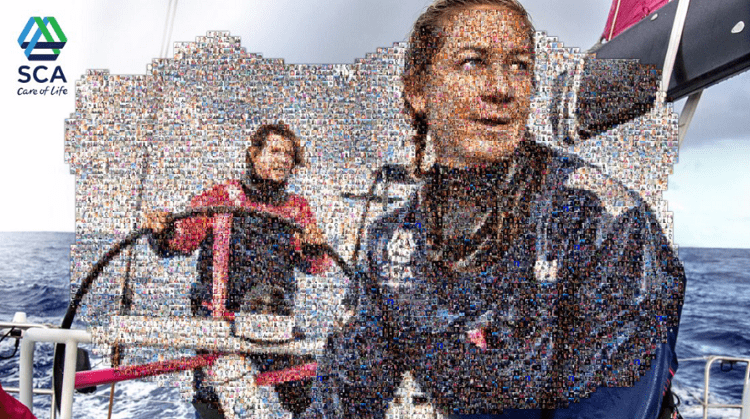 The women of SCA's all-female racing team, Team SCA, exemplify this spirit. They have come from all walks of life and backgrounds to take on one of the world's most challenging endeavors, the Volvo Ocean Race.

The Volvo Ocean Race is considered the Everest of racing — The race lasts for nine months, covering 39,379 nautical miles (almost two laps around the equator). It started in Alicante, Spain in October 2014 and stops in nine countries around the world before it finishes in Gothenburg, Sweden in June 2015. The race will make one stop in North America: Newport, RI, arriving between May 5-9, 2015. 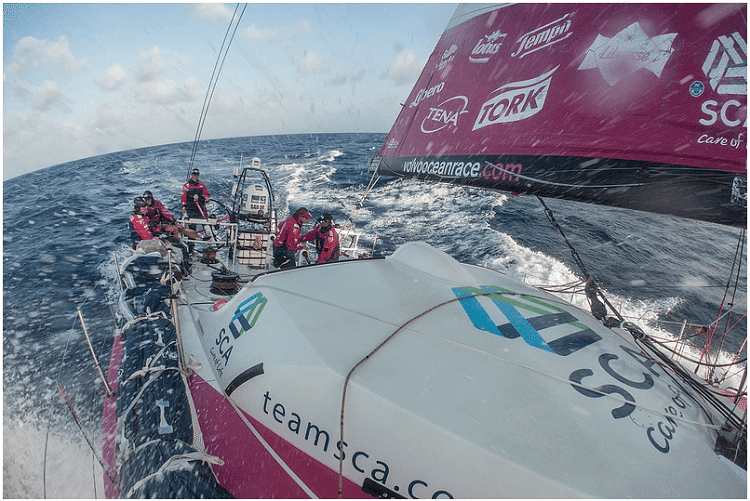 Not only is this the first all-female team in the past decade, but it’s also the first time there is a completely level playing field amongst teams. Each team is competing using the same boat (The Volvo Ocean 65, or VO65), meaning all sails, all design elements are fixed and no changes could be made by any team. The team trained on the boat in Lanzarote, Spain for roughly two years to prepare for the race ... pretty amazing, right!?

There's no doubt that these 13 women deserve a spot on the Amazing Women Everywhere photo mosaic — but SCA knows that there are more amazing women across the globe and they want to see who inspires you! For each photo uploaded to the Amazing Women mosaic, SCA will donate 1 EURO to WWF. WWF's mission is to stop the degradation of our planet's natural environment and build a future in which humans live in harmony with nature. Now you can share your amazing story and help an amazing cause ... which makes you pretty amazing yourself!

I will be sharing a photo of my grandma in the mosaic (once I find one!) and tell how she always encouraged me to dream big. She was the one who bought me my first computer and sent me to private school, essentially shaping me into the woman I am today. I don't even know where I would be if she wasn't such an integral part of my childhood.

Celebrate an Amazing Woman Who Inspires You

SCA believes that everyone should have the opportunity to live life to the fullest, and we are committed to creating value for people and nature. To champion these ideals, SCA launches Amazing Women Everywhere, to celebrate women who have a positive impact on others.

The women of SCA's all-female racing team, Team SCA, exemplify this spirit. They have come from all walks of life and backgrounds to take on one of the world's most challenging endeavors, the Volvo Ocean Race. For nine months, their journey of hard work and determination will inspire millions around the world.

We aim to gather thousands of stories from all over the world and inspire thousands more by illustrating that amazing women truly are everywhere.

This is a sponsored conversation written by me on behalf of SCA. The opinions and text are all mine.