Carnival Cruise Line just announced a new initiative designed to support U.S. military families alongside seven-time GRAMMY-award winning superstar Carrie Underwood and representatives of Operation Homefront, the national nonprofit that builds strong, stable, and secure military families. The year-long Honor. Family. Fun. program will help raise funds for Operation Homefront and culminate in a special private pierside concert for service men and women and their families starring Underwood aboard Carnival’s newest and most family-friendly ship, the Carnival Vista, when the vessel makes its U.S. debut in New York City at the Port of New York on November 4, 2016. 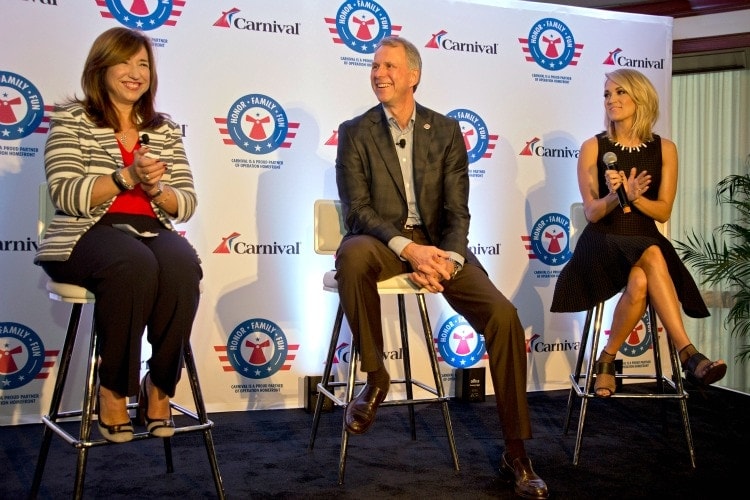 “Military families represent a cornerstone of our country and we are honored by the opportunity to partner with Carrie and Operation Homefront to bring much needed awareness and aid to our troops and their loved ones,” said Christine Duffy, president of Carnival Cruise Line. “The partnership will bring to life many of the heartwarming stories our troops have to share while in turn bringing them some fun along the way.”

In 10 cities along the course of Carrie Underwood’s The Storyteller Tour, which kicks off in Jacksonville, Fla on January 30, select military families, chosen in partnership with Operation Homefront, will be treated to a personal meet-and-greet with Underwood before her concerts. A video series highlighting the meet and greets and the families’ individual stories will be featured on carnival.com.

“I’m honored to be able to join Carnival Cruise Line and Operation Homefront to lift up these soldiers and their families,” said Underwood. “I am really looking forward to meeting them on my tour and for the opportunity to personally thank them for all they do for our freedom.” 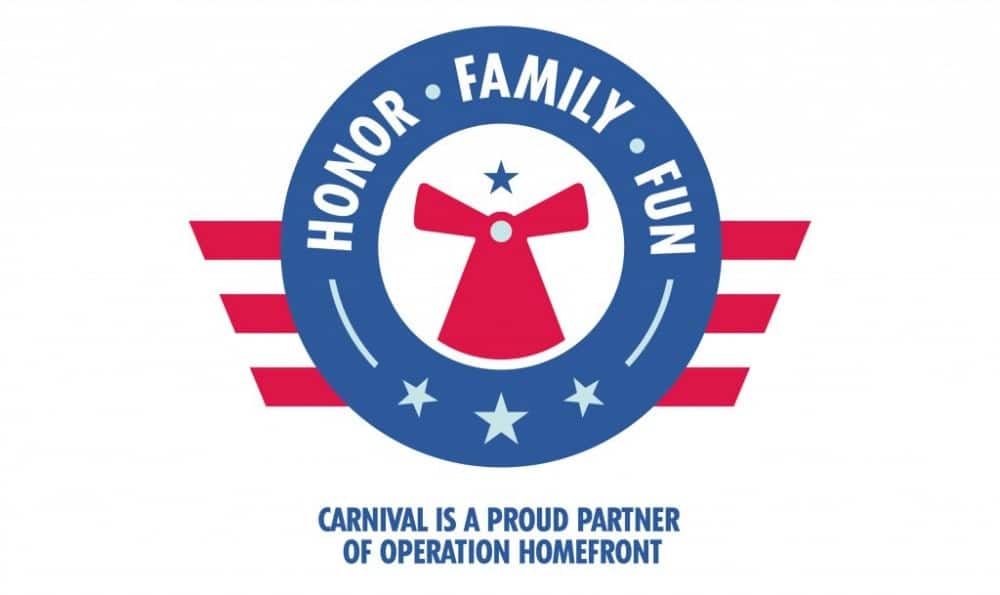 Driving the effort to raise funds for the cause, fans of Underwood, and of the program, will have the opportunity to donate by clicking on the “Donate Now” button on carnival.com/HonorFamilyFun. Commemorative dog tags will also be available for purchase at merchandise stands at all Storyteller Tour stops as well as on board the fleet of Carnival ships with all proceeds going to Operation Homefront.

“Carnival Cruise Line really knows what it means to support our men and women in uniform and their families,” said retired Brigadier General John I. Pray, Jr., president and CEO of Operation Homefront. “We are absolutely thrilled to be partnering with the Carnival team and superstar Carrie Underwood to focus on the challenges our military families face as they work tirelessly to protect the freedoms we enjoy daily.”

The final stop in the cross-country Honor. Family. Fun. campaign will be New York City, where Carnival, Operation Homefront, and Underwood will treat hundreds of military families to a special concert aboard the new Carnival Vista at the Port of New York on November 4, 2016.

Carnival’s most family-friendly ship, Carnival Vista, will set sail in Europe in May 2016 and make her stateside debut as host of the special private pierside concert for military families. Designed to connect guests to the ocean with sweeping views and plenty to do both outdoors and in, Carnival Vista will take cruising to new heights and introduce an exciting array of groundbreaking new features including: SkyRide, a breakthrough suspended open-air cycling experience; the world’s first IMAX® Theatre on a ship; an expansive water park featuring the colorful Kaleid-O-Slide, the line’s first raft-riding water tube slide; Seafood Shack, a delectable New England-inspired eatery; RedFrog Pub, including the first micro-brewery on a U.S.-based cruise ship, and other exciting dining, bar and entertainment options.

In the coming weeks, Carnival will launch a new shipboard military appreciation program. Each ship will host a special event on board to recognize active and retired military personnel and their families and will kick off with a welcome video featuring Carrie Underwood.

Finally, it was also revealed that Carrie Underwood will join the Carnival LIVE! roster of artists in early 2017 with further details to be announced at a later date.