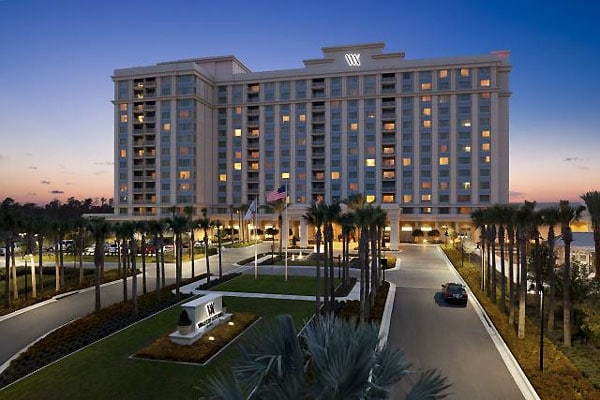 The Waldorf Astoria is a hidden gem in Orlando. It's surrounded by the Walt Disney World Resort in a little known area called Bonnet Creek. For the past two years, I knew the hotel existed, but I never actually saw it...let alone stayed there. It wasn't until last month's Food & Wine Weekends at the Waldorf Astoria Orlando that I received the opportunity to spend a weekend at the hotel with my husband. 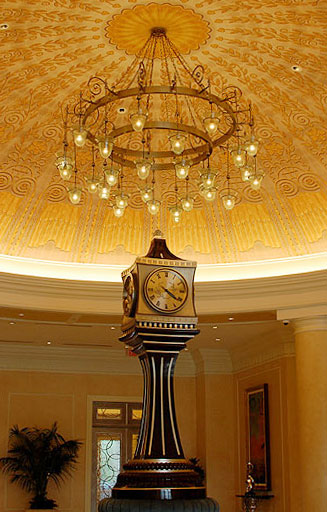 I can't even begin to tell you how much I enjoyed my stay. It was a whole new experience for us, especially compared to the hustle and bustle of the Walt Disney World Resorts. The moment you step foot into the lobby you are greeted with a complimentary glass of champagne. Pretty instantaneously you realize the service here is unlike any other in the area. Once checked in, it felt as if we were surrounded by "calm" and that alone made me love the Waldorf Astoria.

My husband and I had a limited schedule the weekend of our stay --not to mention it was pouring rain-- so we took full advantage of just lounging around the hotel. We didn't visit any of the Disney Parks, but I can only imagine the sanctuary that the Waldorf Astoria would create after a long day out and about.

Two of the things that stood out for me at at the Waldorf Astoria Orlando were the rooms and the food. Granted, this may be because we stayed for Food & Wine Weekends, but I'll bet anything the quality and service is the same year-round.

If you're like me, you've probably stayed at a bunch of hotels, and as you get older and stay at more, you begin to realize the value of a good bed. Especially on vacation, a good bed can be priceless. Of all the hotels I've stayed at in the Orlando area, the Waldorf Astoria bed was by far the comfiest that I have slept in. And I can't not mention the pillows-- I wanted to take them home with me, but I resisted 😉 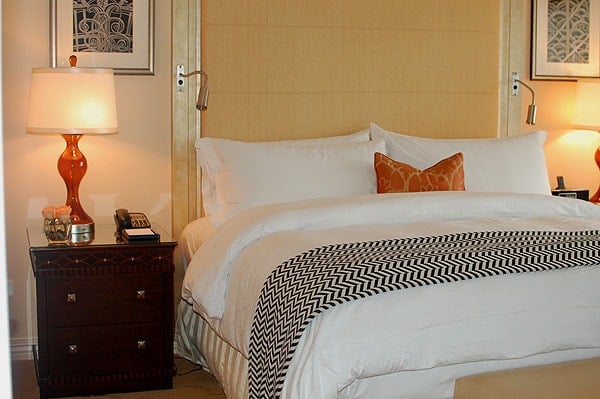 The rest of our room, which I believe was a suite, was just as comfortable-- it really was home-like, and I even joked with my husband about how much it would cost to take up residency! 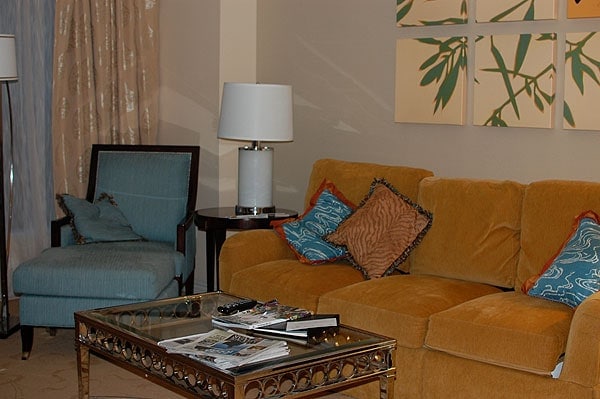 And the thing that really blew me away were the little touches: Personalized stationary and fresh roses.

I really could get used to this! 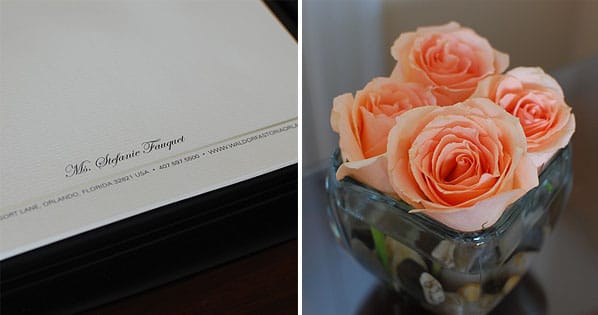 The second thing that definitely has me coming back to the Waldorf Astoria Orlando is the food. During our stay we dined at the legendary Bull & Bear and had an A-M-A-Z-I-N-G prix-fixe dinner with wine pairings. 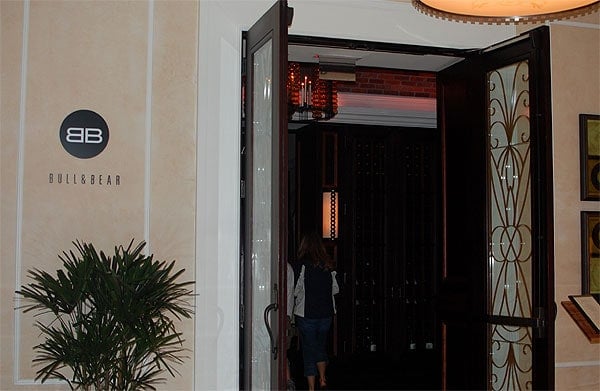 As delicious as our meal was, I was still tempted by Bull & Bear's extensive selection of Angus Prime Beef. As meat-lovers, my husband and I promised ourselves that we would be back to try the 36oz, 28 day dry aged Tomahawk-- a cut of beef that is rarely seen on menus. Bull & Bear is an exceptional restaurant with equally exceptional service. Even if you aren't staying at the Waldorf, Bull & Bear is worth the visit.

A fun-fact that I learned while touring the hotel: the original Waldorf Astoria in NYC invented the Waldorf Salad, the Manhattan, Red Velvet Cake and Thousand Island Dressing. I think it would be fun to go back and try a little of each 🙂

I have a million more reasons why I loved this hotel, but I'm saving them for another post! Until then, if you are even thinking about visiting the area, you need to check out the Waldorf Astoria Orlando at Bonnet Creek. Once you find this place, you'll never want to stay anywhere else in Orlando!

Special thanks to the Waldorf Astoria Orlando for hosting my stay.  All opinions are my own.