The year 2012 promises even more fun and adventure across the Disneyland Resort, with new experiences highlighted by the unveiling this summer of Cars Land, Carthay Circle Theatre and the Buena Vista Street entry into Disney California Adventure park. With these and other recent additions at both theme parks, guests of all ages will enjoy more magic than ever at Disneyland Resort in Southern California.

Here’s a quick roundup of what’s in store at Disneyland Resort in 2012: 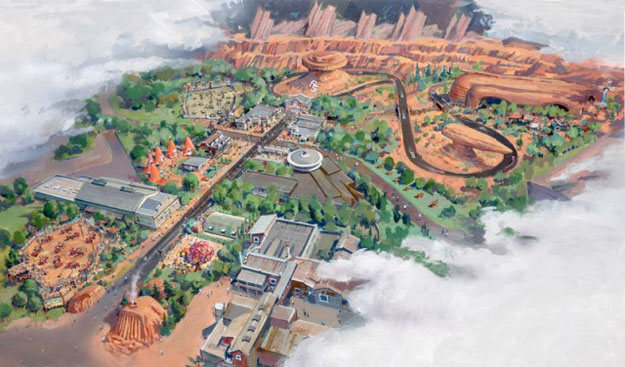 Some of the biggest thrills in the Disney California Adventure expansion are just down the road. Crowning the multi-year expansion project in 2012 will be the opening of Cars Land, inspired by the Disney•Pixar blockbuster “Cars.” Cars Land will feature three immersive family attractions showcasing characters and settings from the movie, including one of the largest and most elaborate attractions ever created for a Disney park: Radiator Springs Racers, a twisting turning, high-speed adventure through the town and desert valleys of Radiator Springs. Other Cars Land attractions will include Luigi’s Flying Tires (striking a chord with anyone who remembers the Flying Saucers in Tomorrowland) and Mater’s Junkyard Jamboree, a spinning attraction with a musical, hoedown theme. Guests in this land also will enjoy new, “Cars”-themed dining and shopping locations such as Flo’s V8 Café, Radiator Springs Curios, Sarge’s Surplus Hut and Ramone’s House of Body Art. 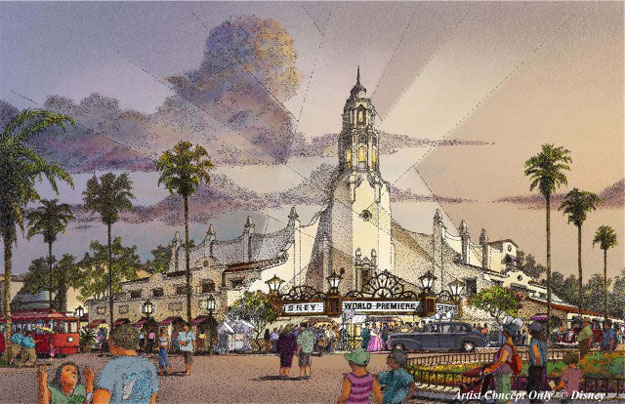 Guests will be welcomed through a new entry and onto Buena Vista Street when the expansion of Disney California Adventure is completed this summer. The transformation will immerse guests in the atmosphere Walt Disney experienced upon first arriving in Los Angeles in the 1920s. Buena Vista Street will feature Red Car Trolleys, inspired by the transportation system that once served Southern California, and the Carthay Circle Theatre, modeled after the site of the 1937 world premiere of “Snow White and the Seven Dwarfs.” Carthay Circle Theatre will become home to a new lounge and an elegant restaurant, designed to be the premier dining location in Disney California Adventure. 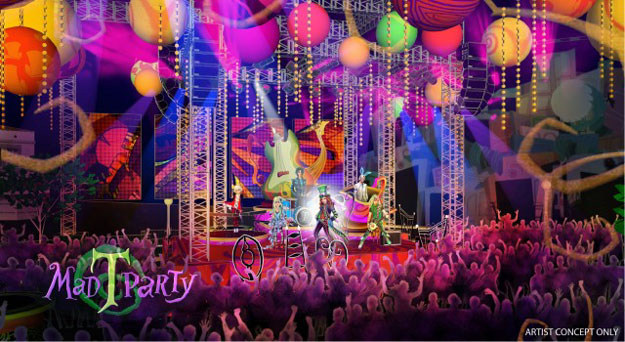 Beginning this summer, guests at Disney California Adventure may fall into the rabbit hole and land in the wild, whimsical world of Mad T Party. Inspired by the world of Tim Burton’s “Alice in Wonderland,” the all-new nighttime family celebration will feature a live band, unique entertainment, fun-filled games and plenty of dancing. Familiar faces from the story will be re-imagined in new ways to immerse guests in a captivating world that’s also filled with signature foods, beverages and merchandise offerings. 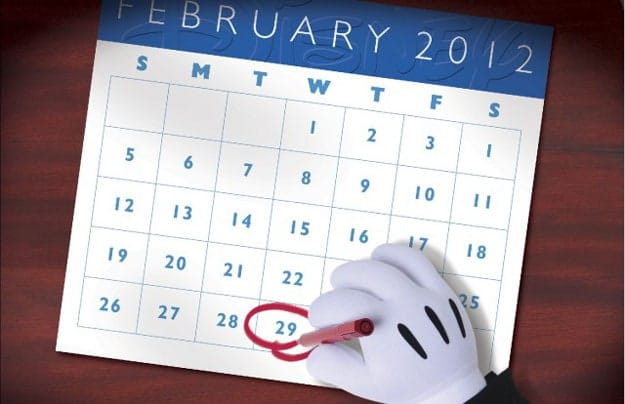 For the first time ever, both Disneyland park in California and Magic Kingdom park at Walt Disney World in Florida will stay open for 24 hours straight as part of a bi-coastal salute called “One More Disney Day.” From 6 a.m. February 29 to 6 a.m. March 1, local time, guests can make an extra day of Disney memories with a Leap Year marathon of Disney magic and fun.*  And for 60 days straight – from Jan. 1, 2012 to Feb. 29, 2012 – a daily winner will be chosen in the “Disney Parks One More Disney Day Sweepstakes” to receive a Disney Parks vacation.  One entrant each day will win a vacation for four to make memories at either Disneyland Resort in California or Walt Disney World Resort in Florida.**

With so much to do at Disneyland Resort, guests will want to play multiple days and they can find special offers at www.disneyland.com/offers.  For example, as part of “One More Disney Day,” guests at Disneyland Resort get one more day and night of memory making, free when they buy a 3-night/3-day non-discounted Walt Disney Travel Co. room and ticket package at select Disneyland  Resort hotels. The package offer is good for arrivals most nights Feb. 26 – March 10, 2012 and must be booked by Jan. 31, 2012. *** Additional offers include special tickets for multiple-day visits and for Southern California residents.

Newly opened on Main Street, U.S.A. in Disneyland, the Jolly Holiday Bakery Café offers a menu of sandwiches, salads, bakery items and espresso beverages. Inspired by the song, “Oh, it’s a Jolly Holiday with Mary…” from “Mary Poppins,” the café has delightful whimsical touches from the film throughout the building and outdoor seating area. Among the delicious new tastes at Jolly Holiday Bakery Café are an Angus roast beef salad, a Caprese sandwich and quiche that will come in a variety of flavors. Fresh bakery items include a Matterhorn macaroon, flourless chocolate cake, fruit tarts and Mickey-shaped desserts.

The Disneyland Hotel celebrates the completion of a two-year renovation in January, 2012, with significant upgrades and enhancements that have earned it a AAA Four Diamond rating. Guests are enjoying new room décor with modern amenities, an expanded courtyard and three pools, including themed waterslides at the Monorail Pool, a tribute to the early years of Disneyland park. Nostalgic new additions include Tangaroa Terrace, a casual dining restaurant, and Trader Sam’s Enchanted Tiki Bar, which takes its name from the familiar “head salesman” of the Disneyland Jungle Cruise. A magical Disney oasis, the Disneyland Hotel features 969 remodeled rooms, fine dining at Steakhouse 55, plus 120,000 square feet of convention and meeting space.

Holidays are always a very special time at Disneyland Resort, and 2012 will be no exception. The Halloween season, beginning in September, will see spooky décor, Disney characters in Halloween costume, the separate-ticket “Mickey’s Halloween Party” and special Halloween attractions. The Christmas season begins in November with holiday fireworks, snow on Main Street, U.S.A., Sleeping Beauty’s Winter Castle, a giant Christmas tree and more.