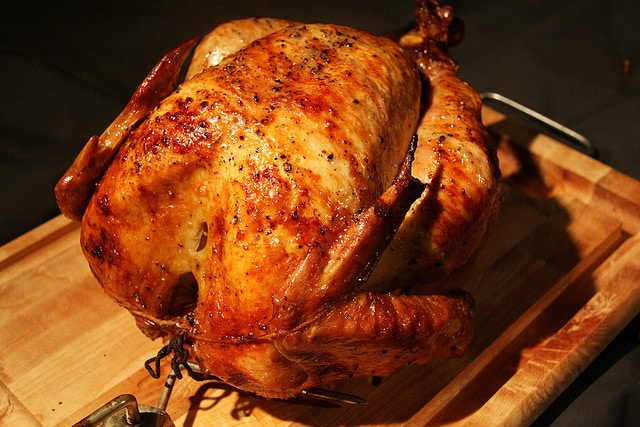 There's no getting around the fact that when people think about Thanksgiving, turkey is almost always the first thing that comes to mind. It's a staple of the meal and has become a huge part of the American lexicon, but that's not to say it has to be the centerpiece at Thanksgiving.

Many people don't eat meat, and some simply don't enjoy the taste of turkey. Traditionalists might be blown away by the concept of eating anything different, but the rules were meant to be broken!

There are a handful of alternatives that can not only be just as tasty and iconic, but might inject a little bit of life into what for many families has become a same-old, year-after-year type of meal.

A lot of families reserve ham for Christmas dinner, but that's not to say that it isn't a perfectly suitable alternative to turkey at Thanksgiving. Ham and turkey can both be paired with practically the same grouping (except for the stuffing), which means you won't have to make any drastic changes to your menu by switching one out for the other.

Plus, ham tends to be less expensive, meaning you can feed a group of people for less. Edwards country hams are another great alternative for those who are looking for something a bit more savory and flavorful than turkey, and pairing them with the right sides can turn a regular Thanksgiving meal into an epiphany.

It's difficult to find a single centerpiece dish more impressive--once sliced and fanned out on a serving platter--than a leg of lamb. When cooked properly, leg of lamb practically melts in your mouth, mixing equal parts sweet and savory to create an elegant, sophisticated flavor that many Thanksgiving meals sorely lack. Searing the lamb off first will give it a nice crust, but the trick is to bake the roast to perfection and allow it to rest for a short period of time before slicing. If things go well, you'll have a juicy, succulent piece of meat that will be a force to be reckoned with.

As with ham and turkey, leg of lamb can be paired with most traditional Thanksgiving sides without creating a disconnect.

Thanksgiving is often considered to be one of the toughest holidays for vegetarians to get through, but it doesn't have to be. Put together a quality meatless lasagna, and your entire family will forget that turkey was ever even an option. Perhaps the one issue with this dish, however, is that traditional Thanksgiving sides don't typically pair very well with it. Instead of the roasted Brussels sprouts and root vegetable hash you might make with a traditional meal, lighten things up with an olive tray and a garden salad. It's certainly not a standard approach to Thanksgiving, but it can make for an excellent meal.

So walk by the turkeys the next time you hit the grocery store, and give these alternatives a shot. You may even stumble upon a recipe that becomes a family tradition!