Where's the most remote place you have been? For me, it was in Lanai, Hawaii at Keahiakawelo, also known as the Garden of the Gods. I think there are only a few places in the U.S. that make you feel like you are in another world. This is one of them.

"According to Hawaiian lore, this windswept landscape is the result of a contest between two kahuna (priests) from Lanai and Molokai. Each was challenged to keep a fire burning on their respective island longer than the other, and the winner's island would be rewarded with great abundance. The Lanai kahuna, Kawelo, used every piece of vegetation in Keahiakawelo to keep his fire burning, which is why this area is so barren today." Source

Lanai is one of the smaller, less populated Hawaiian islands, making it a great destination when you want to get away from it all. Getting there is not extremely difficult. You can take a ferry from the nearby island of Maui, or fly Island Air from Honolulu. Once on the island, it's a 45-minute drive (in a 4x4 vehicle) from Lanai City to the Garden of the Gods. 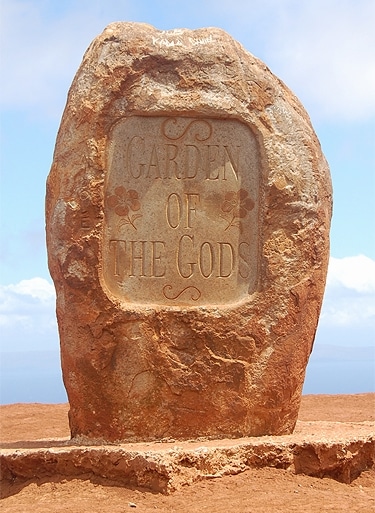 During my short stay in Lanai there were only a few places that I had to see. The Garden of the Gods was at the top of my list. I had heard its landscape was like no other, and it was almost Martian-like. I have not spent a great deal of time in Arizona, but I would imagine this is the closest place to compare it to. Except, you're not in the Southwest. You're in Hawaii. On a mountain surrounded by the Pacific. And it's not particularly hot...though very windy. It's very other-worldly. 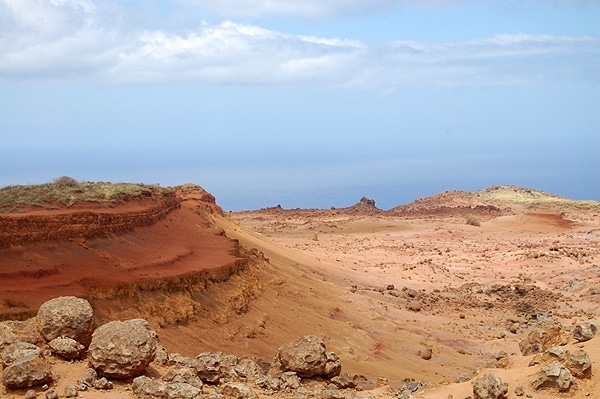 Visually, the area is stunning and hard to capture in pictures. But, there's also this feeling of being so remote from the rest of the world, that it's actually freeing. Other than my traveling companions, there was no one else around. 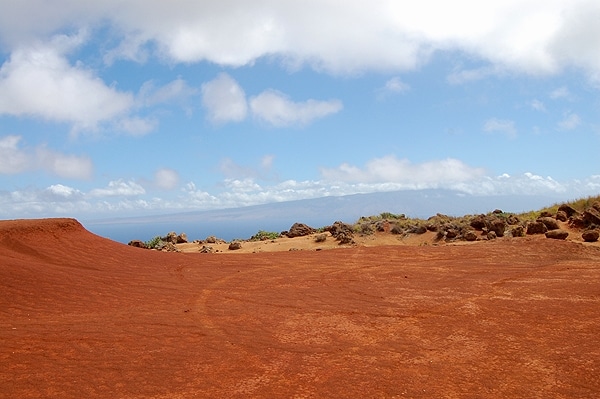 The views are spectacular; on a clear day, you can see both the islands of Molokai and Maui. 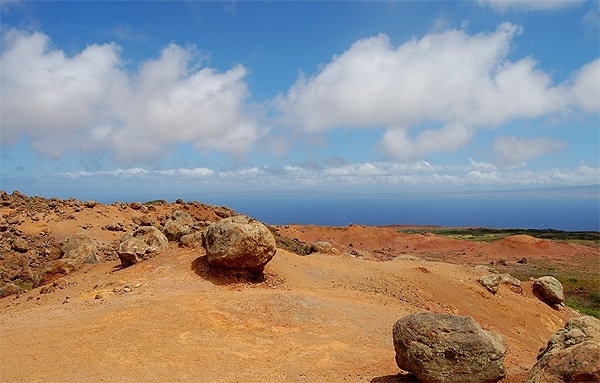 Lanai is a very special island. Its natural wonders like the Garden of the Gods that make trips off the beaten path worth it!

Special thanks to the Maui Visitors Bureau for hosting my visit and stay in Maui & Lanai.