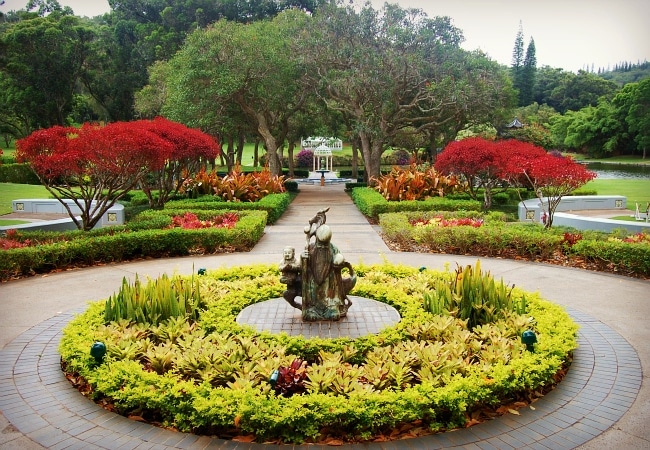 I refuse to use the term "magical" to describe the Four Seasons Resorts Lanai, The Lodge at Koele because I'm certain it has been written a thousand times. Is it magical? Absolutely.  But how do you describe a resort that's much more than that? A place that is unlike any other that you have been.  Lana'i itself is almost otherworldly -- as you drive up the winding road that leads to The Lodge, you practically forget you're in Hawaii. Pine trees tower overhead as a fine mist fills the air; this is not the island resort you see in photos. It's something more spectacular ... enchanting ... mystical, even.

First things first; let's get the basics out of the way. The Lodge at Koele is a Four Seasons Resort, so you can expect the very best of everything.

From the moment you arrive (by boat or air) and check in, you feel the spirit of Aloha. The Lodge has a particularly warm feeling, that's enhanced by the rustic decor of the lobby, dining and lounge areas. The interior of the public spaces almost reminds me of the Pacific Northwest ... a long way from the Hawaiian island of Lanai. 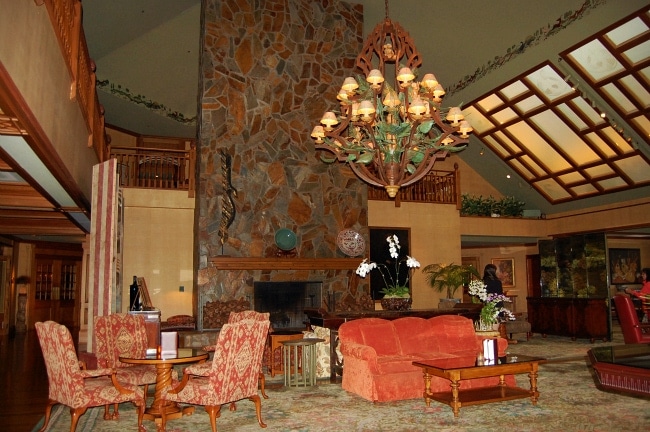 The food can only be described as exquisite. Many dishes are local, and everything is fresh.

The guest rooms are a cozy mix of warm hues and floral prints, with pineapple accents -- themed after the Hawaiian plantation-era. The beds, pillows, and linens are beyond luxurious. I named the Four Seasons Bed the most comfortable of all the beds I've ever slept in .. and the pillows -- prepare to sleep on a cloud! The bath amenities are from L'Occitane, so you can leave your travel sized shampoo and conditioners at home. I'm not sure a hotel room could be more comfortable. 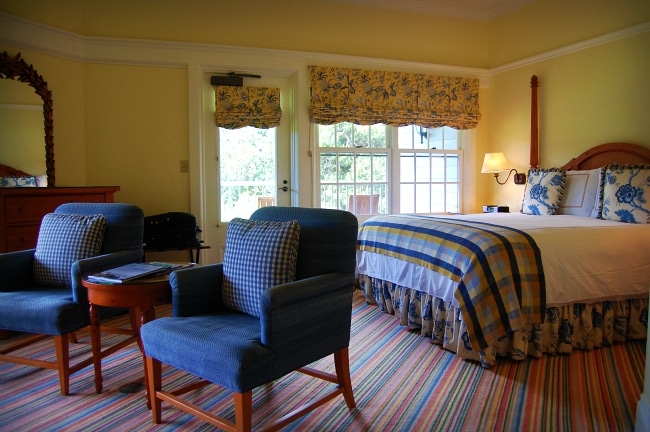 And then there are the gardens.

The grounds surrounding The Lodge at Koele are immaculate. This is a true escape from the everyday.

As you wander the property, an essential part of any visit to The Lodge,  you'll notice there's an obvious Asian influence. An authentic Chinese pagoda makes a peaceful backdrop, and Buddha statues are perfectly scattered, just waiting to be found.

Lanai's past is remembered with the many pineapple accents that are present in and around the resort. The Lodge of Koele is built on Koele ranch land, which was once a former pineapple plantation. At one time, Lanai produced 75% of the world's pineapple supply. 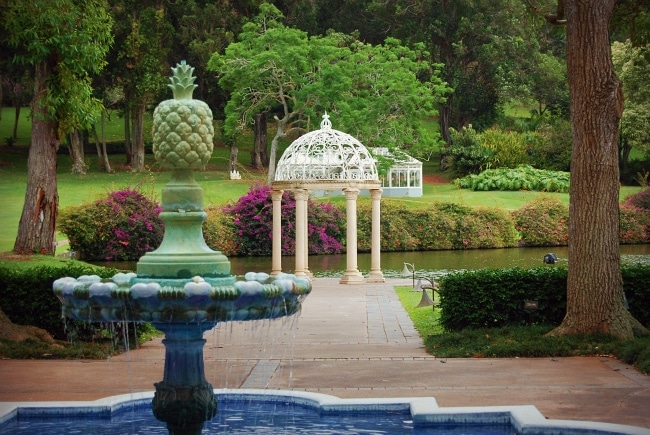 The Koele orchid house is another gem; a quiet retreat where you can sit among exotic flora. You almost get the feeling that time is standing still... 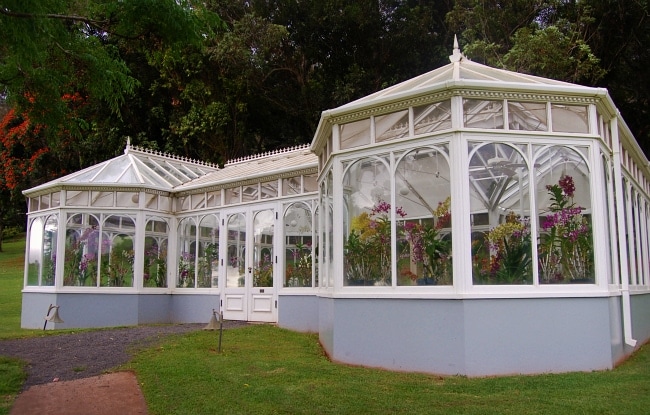 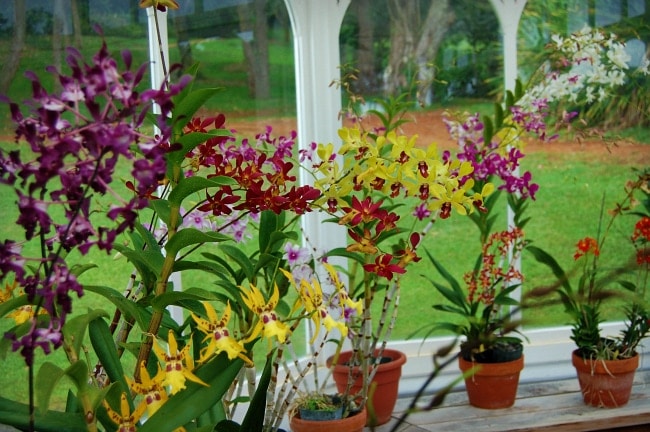 And if you do need more excitement during your stay, The Lodge offers a variety of activities within minutes of the resort, including golf (Greg Norman-designed championship course), horseback riding, sporting clays, archery, croquet, and tennis. There's also a variety of cultural activities.

Four Seasons Resort Lana'i, The Lodge at Koele is a resort most suited for adults wanting to get away from the stress of everyday life. Lanai is small, quiet and secluded -- it's an experience reminiscent of old Hawaii, unlike anything else ... anywhere!

Special thanks to the Four Seasons Resort Lanai, The Lodge at Koele for hosting my stay. All opinions are my own.