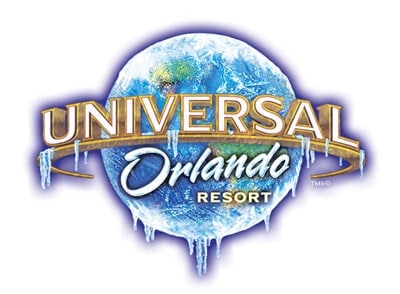 There’s no better place to enjoy the Holidays with your family this year than at Universal Orlando Resort. It’s the only place you can come face-to-face with The Grinch and the Whos from Whoville, watch a cheerful holiday parade filled with big, colorful Macy’s balloons and sing along to the classic sounds of the season as you stroll through a holiday-trimmed theme park with your loved ones.

The Holidays fanfare runs from December 3, 2011 through January 1, 2012, offering guests incredible entertainment themed for the season at both Universal Studios Florida and Universal’s Islands of Adventure.

Holidays at Islands of Adventure

At Islands of Adventure, adults and children alike will be entertained when the popular Dr. Seuss book “How the Grinch Stole Christmas” is brought to life in Grinchmas. Guests can see the live stage show featuring The Grinch and the Whos from Whoville with an original recorded musical score by Mannheim Steamroller. Guests will also have the opportunity to meet The Grinch and the Whos, and on select dates, purchase a spot at a special character breakfast with the mean, green one himself. 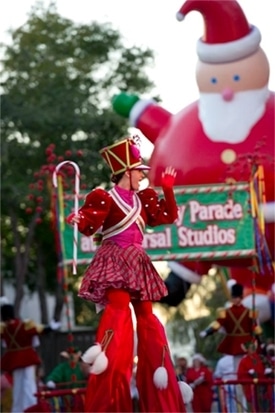 At Universal Studios, the Macy’s Holiday Parade will celebrate its 10th Anniversary of partnership with Universal Orlando by filling the streets every evening with some of the same iconic elements seen winding through New York City each year at the Macy’s Thanksgiving Day Parade. The beloved event features colorful holiday characters, fantasy-filled floats – including one specially-designed to commemorate the 10-year milestone – a tree-lighting ceremony by Santa Claus and dozens of larger-than-life balloons. The Macy’s Holiday Parade also welcomes select park guests to participate in the procession as real balloon-handlers guiding the helium giants, a truly unique and exclusive experience to Universal Orlando.

Returning this year with more concerts than ever before is Mannheim Steamroller – the masters of Christmas music with more than 40 million albums sold worldwide. The acclaimed musical group will take to the Music Plaza stage in Universal Studios six times this year to play their memorable holiday hits for guests, performing on December 3, 4, 10, 11, 17 and 18.

Also at Universal Studios, guests can enjoy special holiday-themed versions of their favorite shows, and nightly a capella holiday music in the nearby Holiday Village, which is filled with hand-blown glass ornaments, caramel apples, hot chocolate, roasted chestnuts and a cupcake decorating location.

The celebration continues at Universal Orlando’s three on-site hotels – Loews Portofino Bay Hotel, Hard Rock Hotel and Loews Royal Pacific Resort – all of which will glisten with holiday decorations. Hotel guests will be immersed in the spirit of the season with tree-lighting ceremonies, special musical performances, holiday pool-side "dive-in" movie presentations and holiday buffets and dining events. Loews Portofino Bay Hotel kicks off the season on Friday, November 25 with 'Holiday Harbor Nights', a wine tasting, food and jazz celebration on the piazza, along with a tree lighting ceremony. Hard Rock Hotel welcomes Santa to The Kitchen restaurant on Fridays in December and Loews Royal Pacific Resort rings in the new year with a family-friendly dinner and celebration.

All holiday entertainment – including the Mannheim Steamroller concerts – is included as part of two-park or multi-day admission to Universal Studios and Islands of Adventure. There’s never been a better time to start a new family tradition at Universal Orlando’s Holidays event, as guests can take advantage of a special holiday vacation package:

• 3 night stay at a Universal Partner Hotel
• 2 day base ticket for both theme parks, one park per day
• Complimentary scheduled transportation between the hotel and theme parks
• PLUS early park admission to experience Islands of Adventure and more