Earlier this summer my family was invited on an incredible 8-day Southern Caribbean cruise aboard the Carnival Freedom. As if that wasn't exciting enough, we were also set up with a film crew the entire week to document our experience for a new series, Cruising Chronicles, on Carnival Cruise Lines YouTube Channel. 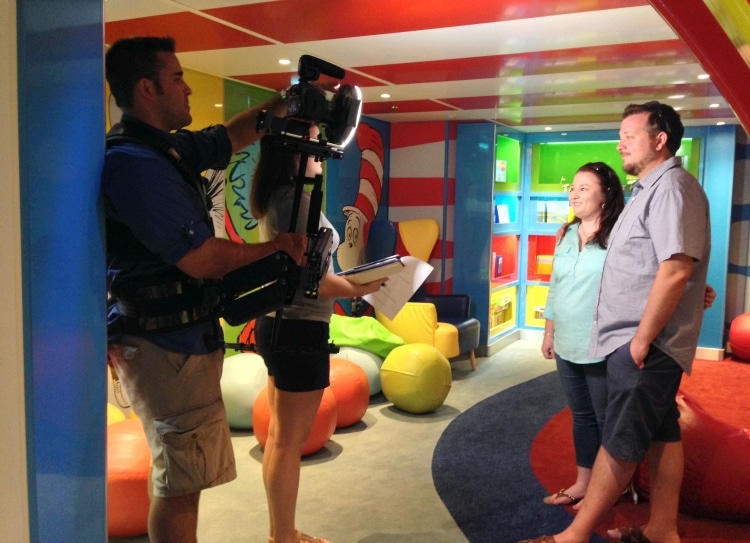 My husband, Rick, and our daughter, shot a variety of experiences while on and off the ship. Among our favorites were snorkeling in Grand Turk, a family-friendly comedy show at the Punchliner Comedy Club presented by George Lopez, Camp Ocean, SuperStar Live Karaoke, where Rick sang with a four-piece band and backup singers, and a martini tasting at Alchemy Bar.

I'm slowly getting better at doing video, but if you had been there you would have been able to tell how nervous I was. Of course, my husband was a pro, who thankfully was there to calm my nerves through most of the filming. I can't say enough amazing things about the crew who shot and edited this video series for Carnival.

Make sure you also check out the videos from Caroline Murphy, Amanda Tinney, and Carrie McLaren.

Have you thought about taking a family cruise?