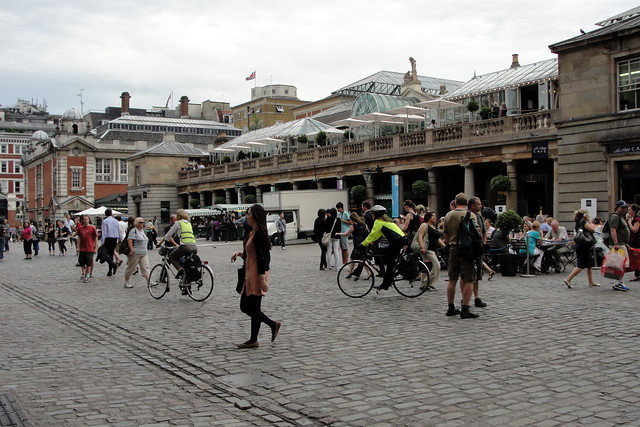 The Camden Fringe is currently in its 8th year and is just about to wrap up on August 25, 2013. If you can make this week's closing performances, the Camden Fridge is not to be missed! From 29th July - 25th August 2013, the lineup has included an incredible 180 productions across 17 venues from Highgate to Covent Garden in London.

Your best bet is to stay as close to the venues with shows that you want to see. With performances primarily in North London, check with Hotel Direct for last minute rooms with no booking fees. Camden is easily accessible by public transportation so you don't need to book an expensive room. Besides, with so much to see in London (and at the Camden Fringe!) who would want to stay in all day?

How to Get to London

The National Rail is a great option if you're coming to London from most cities in either England or Scotland. The rail is relatively inexpensive and once you're in London you can use the tube or walk to your destination. Parking in the city is super expensive ... not to mention the traffic! Camden Town and Mornington Crescent will be the most popular tube stations when getting to and from shows during the Camden Fringe.

About the Camden Fringe

If you love comedy, music, dance, improv, performance art or just love to be entertained, the Camden Fringe is a four-week event that's been known as London's answer to the Edinburgh Fringe. The first Camden Fringe took place in 2006 at the Etcetera Theater and it has grown every year since. Created by Zena Barrie and Michelle Flower, the Camden Fridge attracts both locals and tourists -- the shows are a great chance to see up-and-coming talent as well as experienced performers while helping to keep the arts scene alive in London. Tickets start at just £4.00!

What to do in London

Once the Camden Fringe is over, you'll want to stay in London a few extra days to enjoy all that the city has to offer. London highlights include Big Ben, Buckingham Palace, the London Eye, the Tower of London, Double-Decker Bus Tours and Westminster Abbey. It's a great time to visit London because of all the happenings going on, not to mention that the country is still on a high with the birth of the Royal Baby.