Home >> FYI >> Improving A Mother’s Self Image Through Cosmetic Surgery 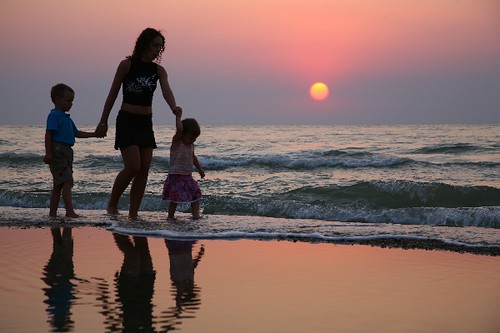 A mother wants to do the best she can for her family, and usually those things will always come before what she would like to have, or often what she really needs. After having children, as life takes over and becomes busier. there’s less time for proper exercise and nutrition, and a mother can begin to have doubts about the way she looks as her body changes. Of course one of the biggest changes that comes with having children is a change in a her midsection area, particularly the belly.

There’s a common theme that many mothers feel at some point in their lives; even as people may keep telling her she looks great after giving birth to three or four kids, as she smiles and says thank you she is silently wondering about having plastic surgery. Having children was one of the greatest experiences of her life but it did damage a lovely figure. This is an issue that causes her to begin to think that she is no longer the beautiful woman her partner once thought she was, and she begins to feel her partner is ashamed of her looks when they are out with other people.

Being around younger women can cause even more discomfort, causing even more insecurities to set in. She remembers what she used to look like when they went to beach and how proud her partner was of her. Perhaps a tummy liposuction would help, but she feels it might be selfish of her to think of it. Her partner says it is not necessary and that she is beautiful just the way she is now…

Having a liposuction will greatly improve a mother's figure but it doesn’t mean she’s a selfish, egotistical woman. But it can mean she will no longer consider herself to be the laughing stock of her friends, and she’ll likely feel her partner is once again looking at her with adoration.

We spend our entire lives, male or female, seeking to improve ourselves and to achieve the ultimate ‘everything;’ achieving the ‘ultimate’ feeling of attraction is no exception, and should not stop just because one is raising a family.

When a person has settled the inner debate and realizes this is not a selfish act, but a necessary step to a healthier life, the decisions can become easier. If you’re considering getting the ultimate ‘mommy makeover,’ getting information on liposuction prices can be discussed with doctors, and you can work with them, and even your partner, as a team. Having a healthy image of yourself will not only have a positive effect on you as an individual, but it will have a positive effect on your children as well, as showing them a positive self image is important and can lead to them growing confidently and dealing with changes healthily. Almost every mother ends up feeling like she is less attractive at some point during motherhood: whether it’s during pregnancy or even ten years after giving birth, it’s very likely, and fortunately, there are plenty of ways for women to pamper themselves and thanks to advances in technology, women can now make positive changes to their bodies that will help give them the same healthy glow that they had when they were pregnant.

« A Day at Atlantis Aquaventure - Paradise Island, Bahamas
How to Manage Money When on Vacation »
0 shares