The new attractions represent the biggest attraction expansions in the history of SeaWorld Parks & Entertainment, the parks’ parent company.

Here's a few details of a massive expansion set to debut at SeaWorld: 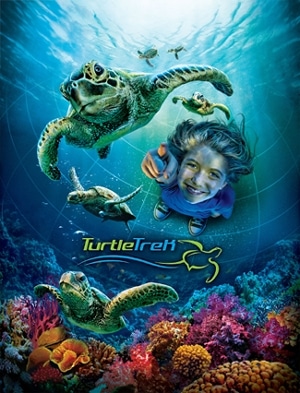 Moving on from the habitat, guests enter a domed theater, and what happens next has never before been seen and is a first at any theme park in the world.

Coming to life is a first-of-its-kind 3-D/360-degree dome theater film that is completely immersive. The dome allows a hyper-realistic 3-D movie to be shown all around guests and even above them – not just in front them or on only one screen. It’s this unique and immersive way of showcasing a sea turtle’s epic and astounding journey that is the heart of TurtleTrek. And for the first time, SeaWorld guests are given a turtle’s eye view of the ocean’s wonders. 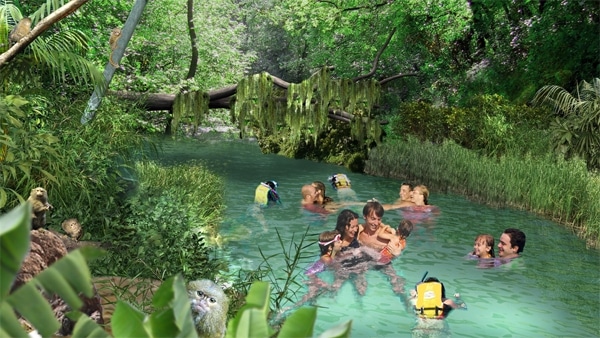 Just across the street from SeaWorld Orlando is Discovery Cove, a limited-admission, all-inclusive tropical resort where guests swim with dolphins, hand-feed tropical birds in a free-flight aviary, snorkel among thousands of colorful fish and rays and relax on pristine beaches.

Opening at Discovery Cove in spring 2012 is Freshwater Oasis, an all-new attraction featuring swimming and wading adventures and face-to-face encounters with playful otters and curious marmosets.

When guests participate with nature at Discovery Cove, they unlock discoveries that can be life-changing. Freshwater Oasis is an all-new opportunity to wade up-close with wildlife in a relaxing tropical setting. It’s an exhilarating tropical exhale.

Designed with a rainforest canopy above and sparkling-clear springs below, Freshwater Oasis is a natural fit within Discovery Cove’s tropical vibe. Guests can relax and explore. They’ll wade, wonder, swim and float in the water-filled trails and discover marmosets and playful Asian otters. No matter where they turn, they’ll find endless discoveries.

Freshwater Oasis is included with admission to Discovery Cove, an all-inclusive tropical getaway and the only place to experience the most exciting animal encounters the world has to offer.

Antarctica - Empire of the Penguin 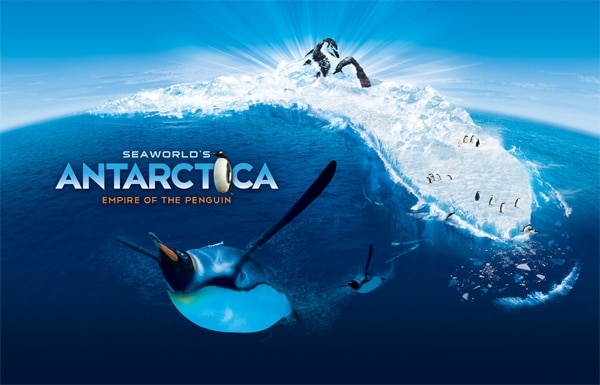 Through the years, SeaWorld Orlando has taken guests to far-flung corners of the globe, immersing them in the character and feel of exotic places and introducing them to unique worlds of adventure.

At the park’s “Wild Arctic” guests ride a simulated jet copter to the frozen north, into a habitat of polar bears, beluga whales and huge walruses. “Key West at SeaWorld” sets guests down in the funky ambiance of the Florida Keys, with dolphins, stingrays and colorful birds. The rocky northern California coast is found at “Pacific Point Preserve,” with dozens of seals and sea lions. The park’s other attractions take guests into the worlds of sharks, sea turtles and manatees, or let guests soar like a ray on the Manta roller coaster or ride the back of a mythical beast, the Kraken.

But no journey is bigger -- or as incredible -- as the one to come in 2013. It’s a voyage to the bottom-of-the-world, to the coldest and windiest continent, to a place of ice more than 9,000- feet thick. It’s a journey to Antarctica and to the empire of the penguin.

Guests will be surrounded by the sights, sounds and awesome encounters found in this frozen place, embarking on a one-of-a-kind ride and an incredible family adventure.

They’ll experience the mystery and wonder of life on the ice through the eyes of a penguin, sensing the beauty and drama of their sometimes-dangerous habitat. Antarctica – Empire of the Penguin combines closer-then-ever animal connections with state-of-the-art interactive ride technologies for adventures that are different each time.

It’s an all-family experience that could only come from SeaWorld and can only be found at SeaWorld Orlando. And, it’s safe to say Antarctica – Empire of the Penguin will be the coldest theme park attraction in the world.

To learn more about the new attractions visit SeaWorldOrlando.com.