Home >> Entertainment >> The Hunger Games: What I Loved & Hated About the Movie 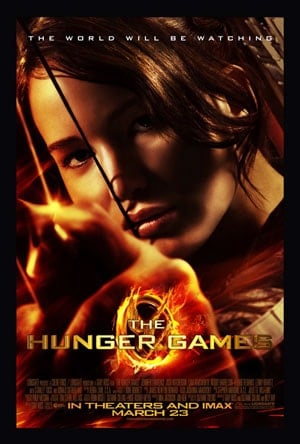 I first picked up The Hunger Games on Christmas day, when I downloaded it on my Kindle Fire. I finished the book a mere eight hours later-- and needless to say, I've been hooked on the series ever since. Finding out The Hunger Games movie was to be released in March was just icing on the cake. Like many of you, I've been counting down the days until The Hunger Games premiered in theaters.

Of course, I rushed out to see it on opening day! Here are my thoughts on The Hunger Games:

Consider this a Spoiler Alert.

What I Disliked About The Hunger Games:

What I Liked About The Hunger Games:

I'm sure that I could nitpick the movie all day because I loved the book so much-- and that is why books are always better than movies! Overall, I was satisfied with The Hunger Games and I'm going to see it again in theaters with my husband once he finishes the book. Even with some of the flaws, it kept me wanting more and I'm already anticipating the November 2013 release of Catching Fire-- I'm just hoping the editing is a lot smoother in number 2.

If you haven't read The Hunger Games, I would encourage you to do so before seeing the movie ... it's really a great read!

So, what did you think of The Hunger Games? Likes? Dislikes?