Home >> FYI >> Theatre in London: The Best in Upcoming Shows 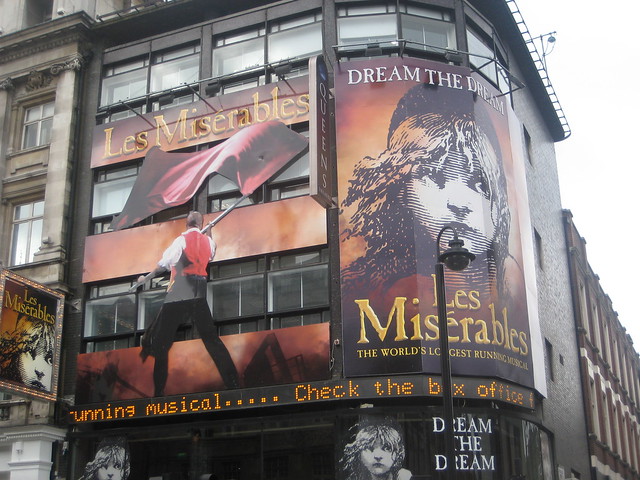 Theatre productions in London’s West End open and close all the time. With so many various shows taking place throughout the year, it’s difficult to keep track of what is on and when it finishes. Various shows are opening in December and are well worth catching before it’s too late.

Spend a weekend in the city and enjoy an evening at the theatre. You can find great deals on Covent Garden hotels online, placing you in the heart of the city and never too far from your theater of choice.

Following in the footsteps of the smash hit Hollywood movie, the theatrical version of The Bodyguard sees Heather Headley pick up the role of superstar Rachel. As Frank tries to protect her from a crazed stalker, the pair are plunged into a world of love and romance. With music from the original film, this is set to be a huge success on the West End particularly for fans of the original romantic thriller.

Watch as The Cat in the Hat takes you on a fantastical journey into the world of Dr Seuss, with the help of Horton the Elephant and Gertrude McFuzz. Seussical is a perfect show for kids and those young at heart with a passion for the works, imagination and genius of Dr. Seuss.

A story about Private Flowers who is dispatched to South East Asia to be part of the dance unit, where he learns that being a man is more than just a uniform and macho tendency.

The story of a beautiful girl and her friends who become enthralled with celebrity culture and her journey to worldwide fame. With classic hits from the 90s Girl Power group, the Spice Girls, this feel good production will be a hit with anyone looking for nostalgia and fun. Written by hilarious comedienne, Jennifer Saunders, it shows that everyone can be who they want to be in the end.

Definitely one to keep the little ones entertained. If you’re travelling with young children, this show will be perfect. Presented by none other than Matthew Corbett, who took over as the Sooty puppeteer in 1976, Sooty and Sweep are off on an adventure, exploring space and the final frontier. Surely nothing will go wrong?

This popular show, which was inspired by the Shakespeare play, The Taming of the Shrew, brings together romance, gangsters, actors and original Shakespeare characters in this dazzling show-within-a-show. Directed by the award winning Trevor Nunn, Kiss Me Kate will surely be a hit on the West End during its stay.

Whatever theatre show you choose to enjoy during your visit to the Big Smoke, book a hotel in Covent Garden and you won’t be too far from the action.