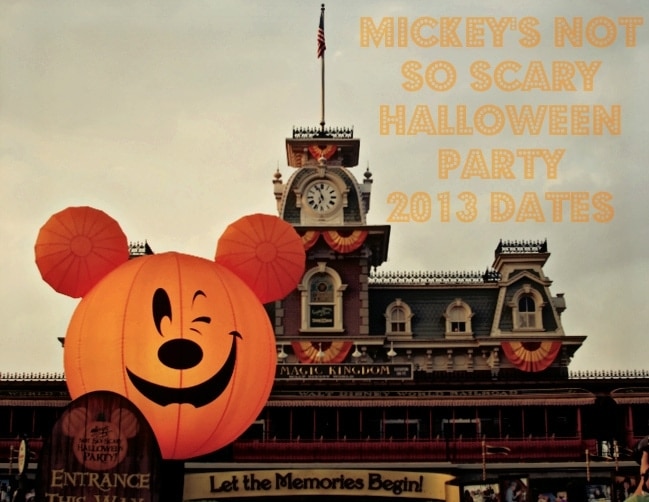 It's hard to believe that we're already talking Halloween, but one of my favorite Disney nighttime events is coming up -- Mickey's Not So Scary Halloween Party!!

Nightly entertainment features the twice nightly “Mickey’s Boo-To-You Halloween Parade” led by the infamous Headless Horseman, followed by  “HalloWishes,” a green and orange fireworks display complete with Disney villains. New features this year include the debut of Jack Skellington and Sally (from Tim Burton’s “The Nightmare Before Christmas”), along with “Monsters, Inc.” scarers Mike and Sulley hosting their own Monstrous Scream-O-Ween Ball.

The not-so-scary fun begins at 7 p.m. and runs until midnight, with guests encouraged to wear their favorite Halloween costumes.

Advanced tickets can be purchased at disneyworld.com/halloween.

Will you be attending MNSSHP this year?