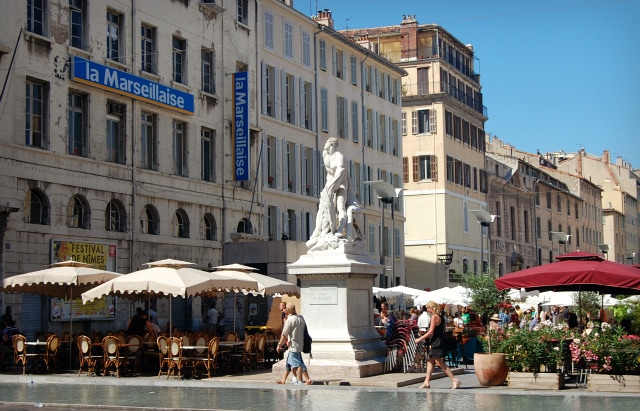 Visiting France was a big deal for my eight-year-old daughter, who’s named after the most famous city in the country. Marseille, the first stop on our Mediterranean cruise aboard the Carnival Breeze, isn’t exactly Paris, but it was a good starting point for our first visit to the south of France.

The ship docked bright and early at 7 a.m. — I had been up for hours before, still not adjusted to the time change or the fact that the sun rises incredibly early in Europe– like at 5:00am.

I love getting up early on port days to watch the ship sail into port. The views of the shoreline are gorgeous in the Mediterranean.

On this morning, I scheduled room service to be delivered 6 a.m. and sat on the balcony with coffee and croissants … really, does it get much better than this!? 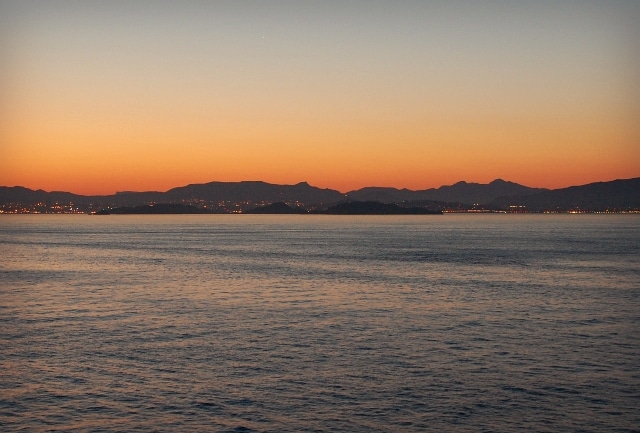 Our plans for the day were to take the city bus to Aix en Provence to see the Saturday market. From my research, Aix had more of an “Old World”  French feel, which was what I was looking for. I had envisioned us strolling through the market vendors, buying handmade bars of soap and painted pottery, and eating butter-laden croissants and pastries from Béchard, the oldest bakery in the city. But , alas, our plans weren’t meant to be.

When we exited the ship at the port of Maresille, we were greeted with smiles and lavender sachets — this was the first time I had ever received a welcome gift like this, but it was greatly appreciated. It was a wonderful beginning to our first day in port! 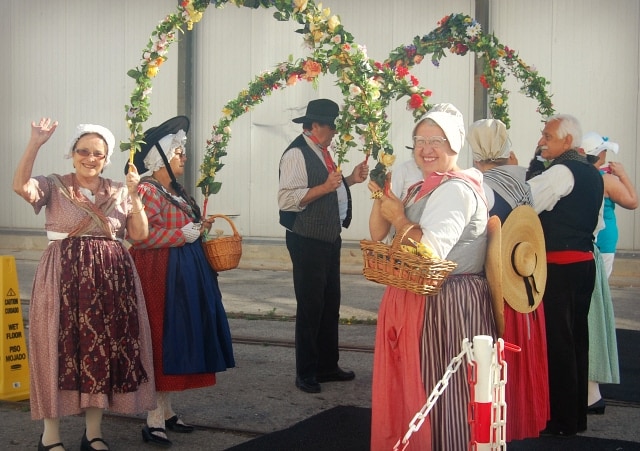 We needed to get to the Old Port of Marseille (Vieux-Port), which was a good 20 minutes from where the shipped docked and was not walkable. You can either take a taxi or one of the shuttles offered by the port. We chose the shuttle, which was €12 (As of 2013, the shuttle is €14) for adults and €8 for children, round trip. This was the most expensive shuttle transfer out of all our port stops.

Everything was going well while we were on the shuttle — we were very excited to finally be in France — and then we hit a road block. To this day, I’m not exactly sure what the delay was, but our 20 minute drive turned into an hour plus– with an interesting detour. Needless to say, by the time we reached the Old Port, we didn’t want to risk missing the ship back, so our plans to visit Aix were scrapped.

On to Plan B — The Petit Train! 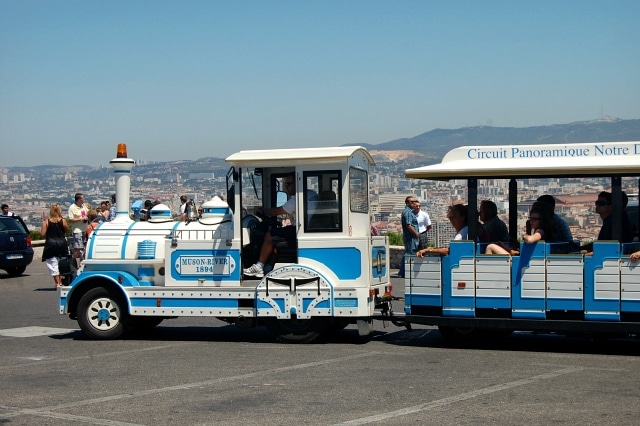 Side Note: If you’re not taking one of the ship’s excursions, I can’t stress enough how important it is to have a backup plan.  Taking the Petit Train up to Notre-Dame de la Garde was my Plan B long before we docked in Marseille. I had general directions to the ticket stand embedded in my head, so we didn’t have to waste extra time finding something to do. 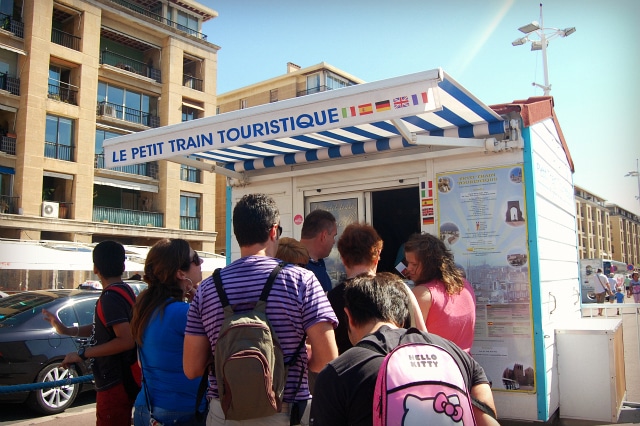 The line for the Petit Train looked daunting, but it moved very quickly. I purchased our tickets for Circuit 2: Our Lady of the Guard (Notre-Dame de la Garde), which could be seen directly across the harbor up on the hill. Tickets were very reasonable at €7/adults and €4/children. 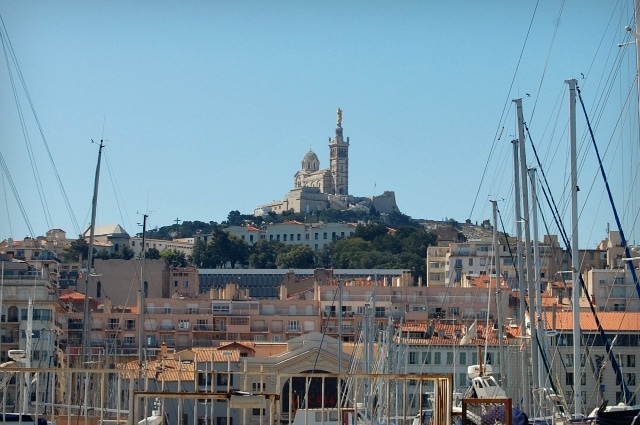 Within no time we were on the train, making our way up the hillside. The scenery along the way was spectacular. We had to pinch ourselves because we were finally in France! 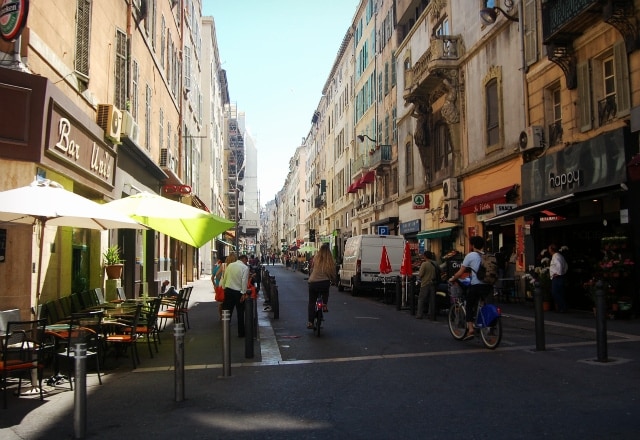 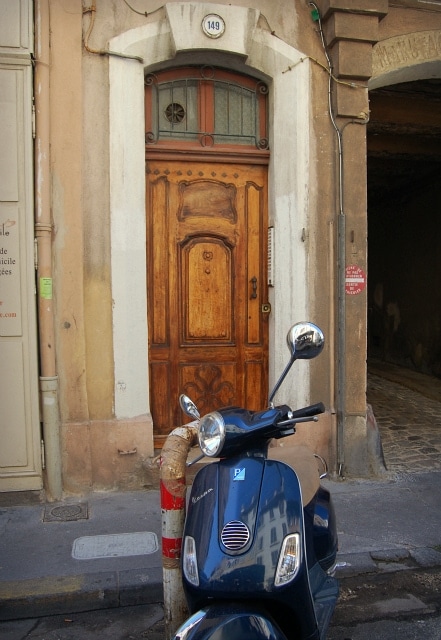 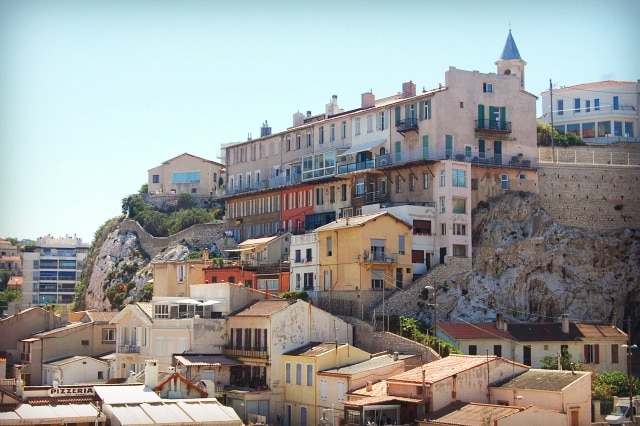 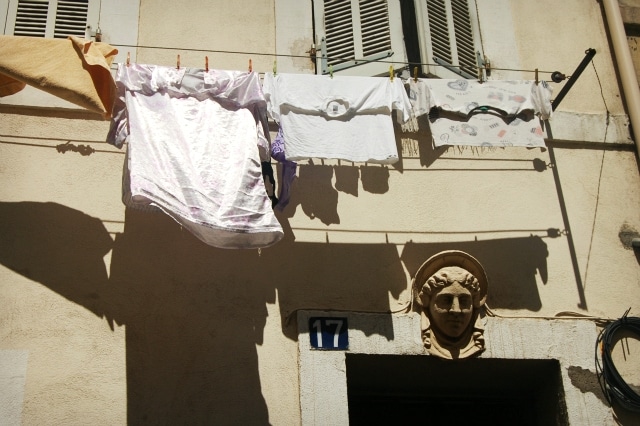 The tour to the Basilica was guided, however the commentary was hard to hear at times– but we made do. We were so busy looking around that it really didn’t matter what they were saying. 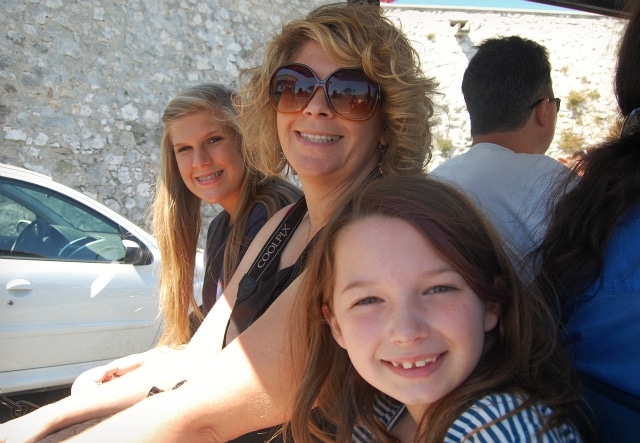 Finally, we made it to the top of the hill to Notre-Dame de la Garde. The site was more impressive than I had imagined. Even non-Catholics should be able to appreciate its beauty — plus there are some amazing views!

The Neo-Byzantine basilica was built on the foundations of a 16th-century fort. It’s made up of two parts: a lower crypt, and an upper church decorated with nautical mosaics and model boats, which hang from the ceiling. Both sections are free to visitors. 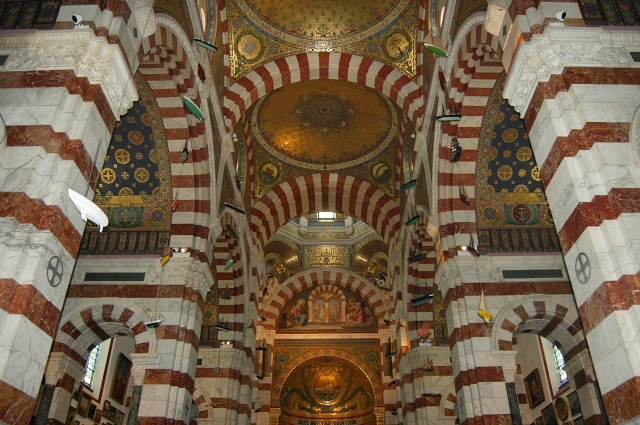 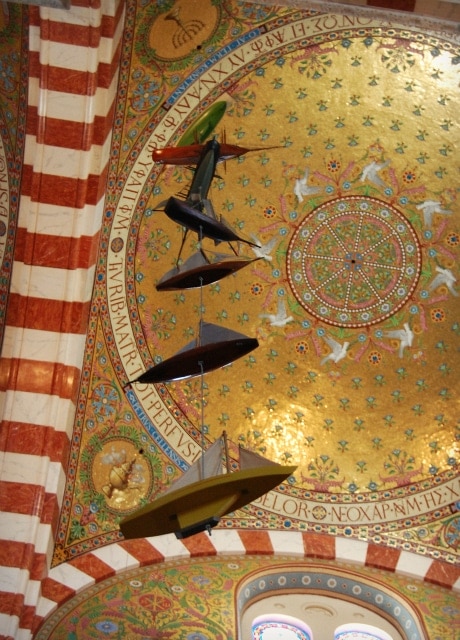 We waited a half hour to forty five minutes (in the blazing sun) for the Petit Train back to the Old Port. The trains were running the whole time, but the line was so long it took three trains before it was time for us to board. The trip back is the express route — we were down the hill and to the harbor in no time.

My daughter adored our ride on the Petit Train, later telling me it was one of the highlights of the trip for her. I still can’t believe the value, for €11 we got a tour of Marseille and a ride up to the Basilica — the whole thing took a few hours, so it was €11 well spent!

The only other thing we wanted to do in France was get some pastries. On our way back to the shuttle we found a little pâtisserie with fresh beignets and creme puffs. 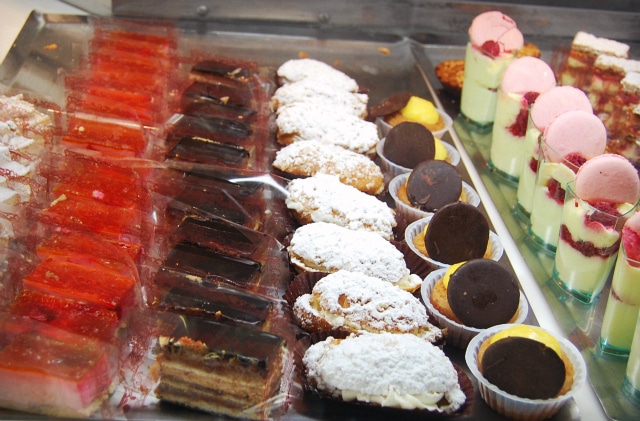 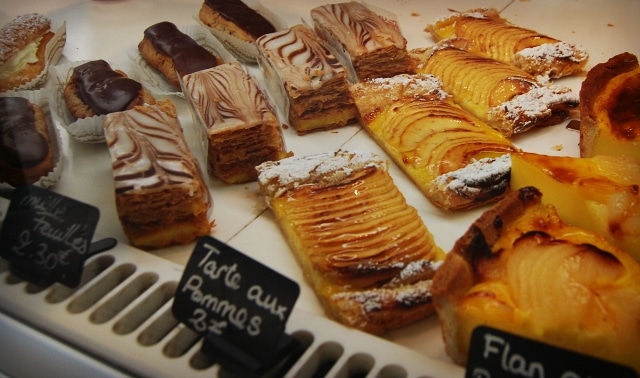 This was the highlight of my day.

Eating pastries in France with my daughter was a dream I had for awhile — that creme puff lived up to every one of my expectations!

Our day in Marseille turned out to be a success, and as our only stop in France, it was just enough of a taste to have me wanting for more 😉

I was invited as media on the Carnival Breeze. All opinions are my own.