The Christening of Disney Cruise Line's newest ship, Disney Dream, was everything I could have ever imagined. This was by far the biggest and best media event I have ever attended. 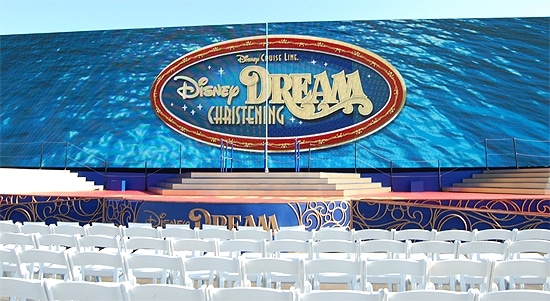 Disney made every possible effort to make this a grand affair. There was singing, dancing, and just about every Disney character made an appearance- no one was missing this special day! It was so overwhelming that I couldn't help but shed a tear. Disney does that to me every time... 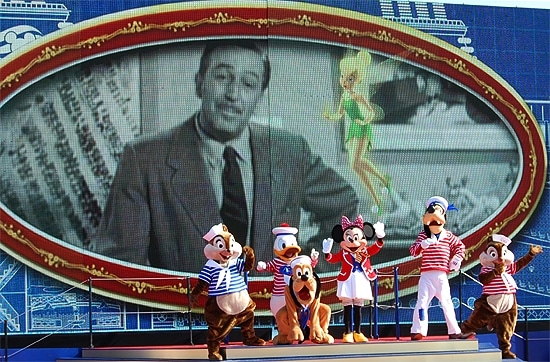 It was over 4 years ago that the Disney Dream was first announced. It was amazing to see the culmination of passion and hard work that went into the ship.

When I first saw the Disney Dream I was pretty much in awe. The ship was so much bigger than I imagined. I have cruised many times, but this was the newest and biggest ship I have ever been on.

Bob Iger--President and CEO of The Walt Disney Company-- said a few words...and then it was showtime! 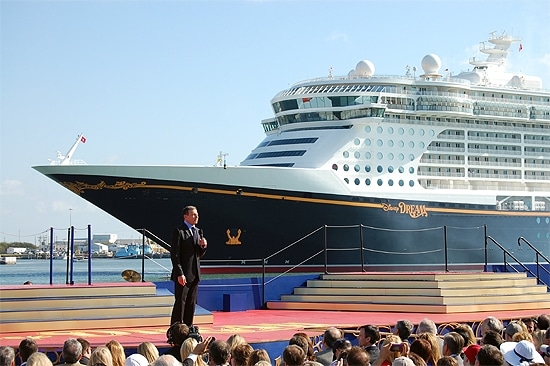 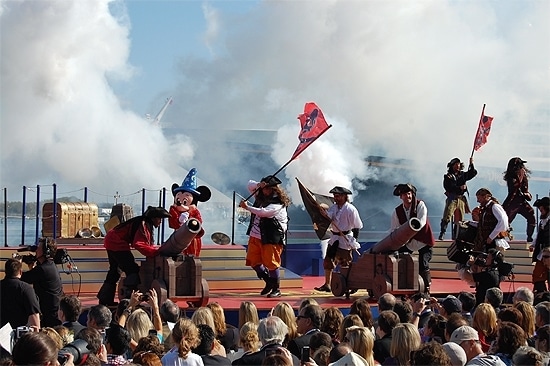 Jennifer Hudson was announced as the Godmother of the Disney Dream. A little know fact, J-Hud actually got her start a year before American Idol as a singer on the Disney Wonder. I think the selection was perfectly fitting as  it shows dreams really do come true.

By the way, how great does she look?? 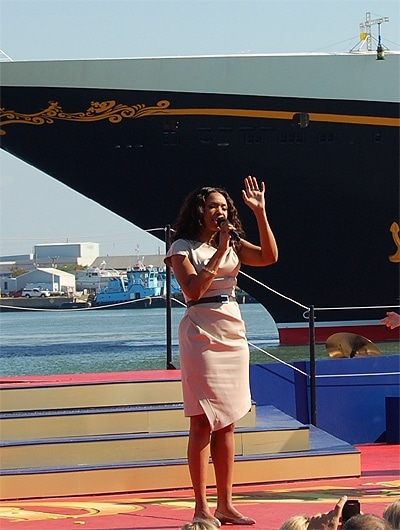 To Christen the new ship, a 16-foot bottle of champagne (filled with dreams of adventure, fantasy, friendship and romance) was lifted by helicopter to the bow of the Dream. With a wave of a magic wand, the ship was Christened and officially part of the Disney fleet. 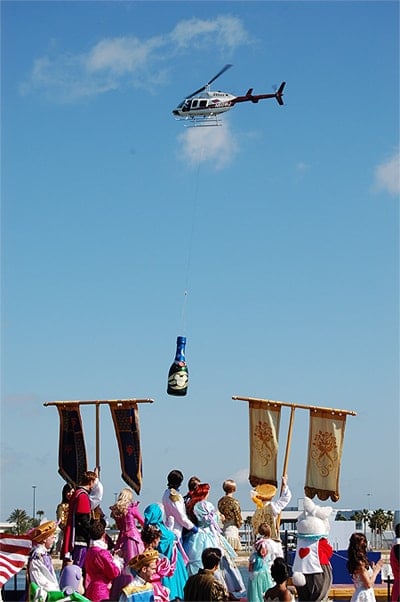 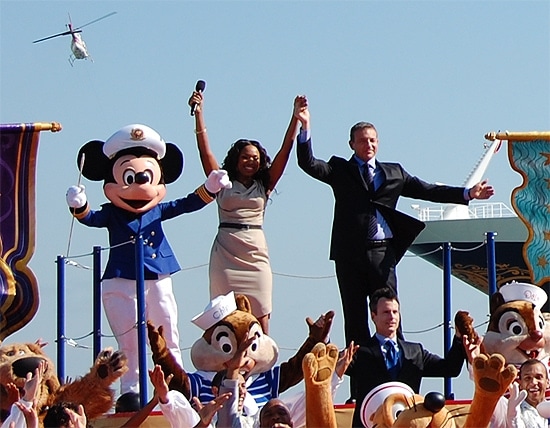 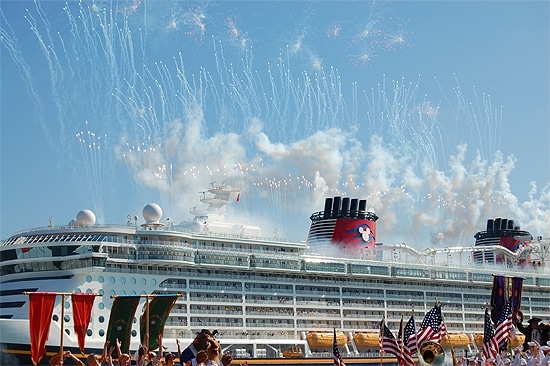 And then, my adventure on the Disney Dream began...

I was invited, along with my family, to attend the Disney Dream Christening Cruise. Most expenses were paid. All opinions are my own.