One of my family's favorite activities on the Disney Fantasy was the Muppets Adventure Game: The Case of the Stolen Show, which is one of three, self-paced, Midship Detective Agency games.

Being Muppets fans, this was one of the new additions on the Disney Fantasy that we were really looking forward to-- and it didn't disappoint!

The game starts -- you guessed it -- midship on decks 2 and 5 at the Midship Detective Agency desk.

At the desk, you choose your game and activate a unique game card (AKA detective badge), which you will use throughout the quest. You also need to pick up a map and pencil (provided) to gather clues and, ultimately, solve the mystery. 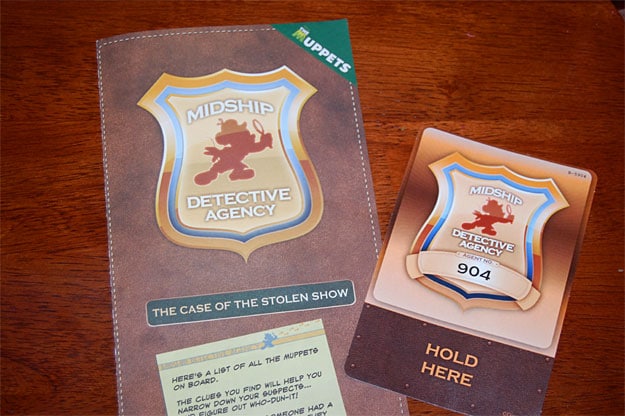 All the Muppets start out as a suspects. 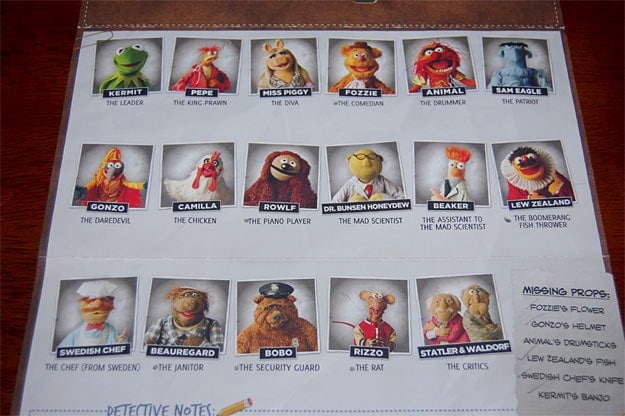 The crime scene map guides you to different locations around the ship, where you use your detective badge to uncover clues at more than a dozen pieces of Enchanted Art. 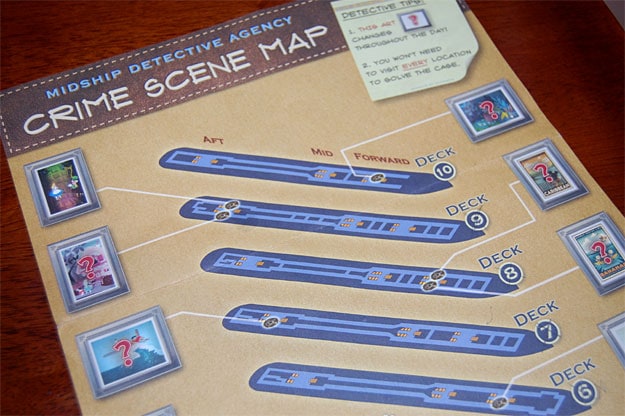 The Enchanted Artwork locations are shown exactly on the map; gold plates on the floor designate which pieces are part of the game -- Enchanted Art is everywhere on the Disney Fantasy! Once you are at a game-play location, you stand on the plate and hold your detective badge out in front of you, facing the screen.

The detective badge activates the artwork, which unveils clues to help you find the Muppet behind the missing props.

Along the way, you'll find additional pieces of physical “evidence” to help you find the criminal.

Here's Pepe's cabin  ...  there are clues on the door that can rule out Muppets not involved in the case!

What We Loved About the Muppets Adventure Game

Special thanks to Disney Cruise Line for hosting my family on the Disney Fantasy Inaugural Media Preview Cruise. All opinions are my own.