Yay! Big news Muppet fans: The Muppets are coming to the Disney Fantasy! 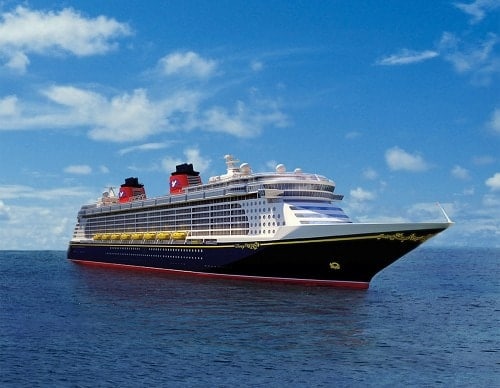 The Muppets will make their debut on Disney Cruise Line in a new adventure game aboard the Disney Fantasy-- the new Disney ship setting sail in March 2012. 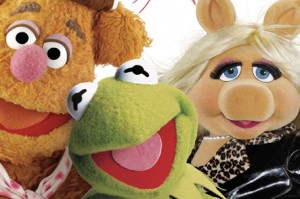 While playing “The Case of the Stolen Show,” guests take an interactive adventure quest around the ship, uncovering clues via more than a dozen pieces of Enchanted Art and physical “evidence.”

Pepe the King Prawn offers to take on detective duties to help Kermit and the rest of the Muppets find their missing props. Kermit, worried about Pepe’s lack of detective skills, turns to the guests for help.

Guided by a map and holding a unique game card in front of select pieces of Enchanted Art, guests unveil clues and find missing props. Elsewhere on the ship, guests may check a Muppets message board and find a Muppet-sized stateroom door to discover clues. Their mission is to identify the culprit and solve the crime before it’s time to raise the curtain and light the lights on the Muppets’ big show.

“The Case of the Stolen Show” is a self-paced adventure game designed for guests ages nine and older. It features several possible endings and multiple randomized events – so each time a guest plays, they have a different gaming experience.

Of course, that's not the only thing new on Disney Fantasy! Throughout the Disney Fantasy, guests will discover creative and whimsical technical innovations – whether it’s mealtime, playtime or bedtime: “Paintings” spring to life. Guests’ own drawings dance with Disney characters. Interior staterooms have a porthole view of the sea outside. Animated characters chat with guests. The floor beneath children comes alive to movements....

Here are just a few of the highlights:

Throughout the Disney Fantasy, more than 20 pieces of Enchanted Art, inspired by classic Disney characters and animations, immerse guests in Disney storytelling in a completely new way.

While Enchanted Art looks like other hanging art pieces around the ship, it is actually a framed LCD screen that utilizes technology to create special effects. Enchanted Art “recognizes” a guest is present and activates several seconds of animation. Guests may see new and different animation when they visit the Enchanted Art another time.

As guests are seated at their tables, they are invited to draw a character of their own using a simple template on their placemat. Then, just before dinner, house lights dim and a sprinkling of pixie dust illuminates the room.

Imagery is revealed on several large monitors showing black and white drawings of Mickey Mouse. Mickey then places the Sorcerer’s hat upon his head, transforming all of the animation into color.

Mickey invites guests to sit back, relax and enjoy a taste of animation as a montage of memorable food-themed moments from Disney and Disney•Pixar films is displayed, set to the show tune “Be Our Guest.” After the number is complete, guests are encouraged to complete their own drawings … so they may be whisked off to Mickey Mouse, who is conjuring a magical final act.

After dinner, Mickey returns for the exciting finale. With a musical crescendo, he works his magic and conjures the guests’ drawings – now fully animated and brought to life – into the onscreen action.

A parade starts as Mickey leads the guests’ drawings in a march across the screens around the dining room. The animation of the drawings becomes increasingly more elaborate, and then the drawings step into scenes from beloved Disney movies and skip, skate and dance side-by-side with characters such as Mickey Mouse, Jiminy Cricket, Cinderella and Snow White.

At the conclusion of the show, Mickey returns to say “so long” while credits roll on screen showing each guest’s name listed as a guest animator. To commemorate the experience, guests’ drawings are returned to them … with an added touch: a golden seal proclaiming them an Official Disney Animator.

Located in the main gathering space in both venues, the interactive floor allows children to engage in group activities where their movements control the action.

On the Disney Fantasy, adult guests step into a world that’s all their own at Europa – a nighttime entertainment district exclusively for guests 18 and older that features sophisticated bars and lounges inspired by the very best in European travel.