Last week, I shared a list of Disney Pumpkin Carving Templates. While most of the characters were from Disney’s animated films, one popular franchise was noticeably left absent– Pirates of the Caribbean!

I mean really, what Halloween would be complete without a Pirates of the Caribbean Jolly Roger Jack-O-Lantern? 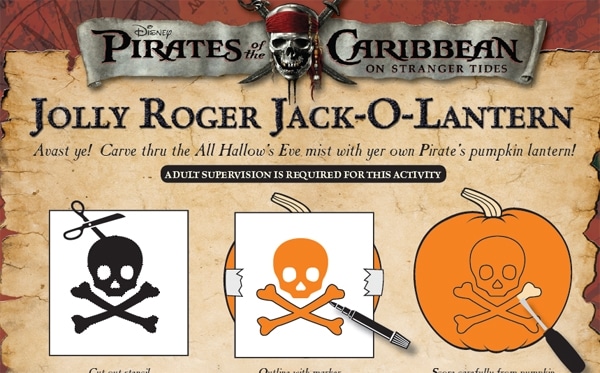 You can download the stencil here, and then watch the POC: On Stranger Tides pumpkin carving video below for some inspiration!