You can view Christmas at Disney World - Day 1 and Day 2 to get up to date.

The main attraction today was going to see Santa Claus. I held out taking dd to the mall this year for a picture because I just knew meeting Santa at Downtown Disney would be so much better...and it was!

This was the Santa Pavilion. One of the cool things that they did this year was called Santa Paws, where you could bring your dog to take pictures with Santa. 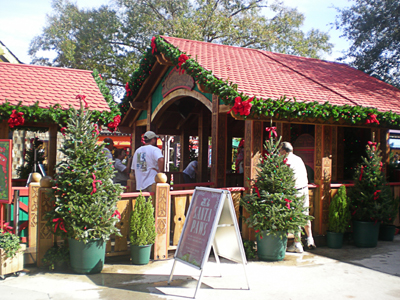 Here we are waiting in line, which was only about 15 minutes.

and then it was our turn...dd was very shy at first. 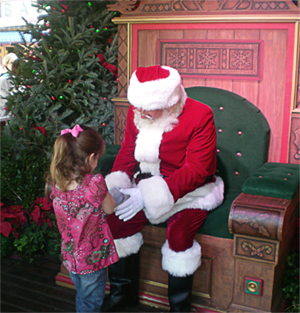 After meeting, and getting our picture taken with Santa it was off to our favorite store, The World of Disney.

Inside the Princess portion of the store, Fairies were everywhere! 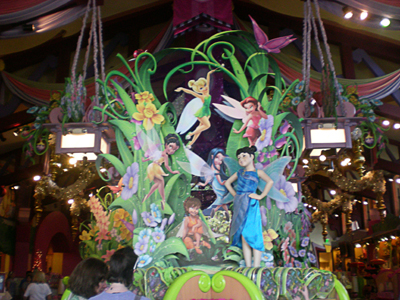 For lunch we ate at McDonald's, not too exciting, except I had to use up some gift cards we had won. I will say this though, the McDonald's in Downtown Disney is the cleanest and most efficient McDonald's I have ever been in. 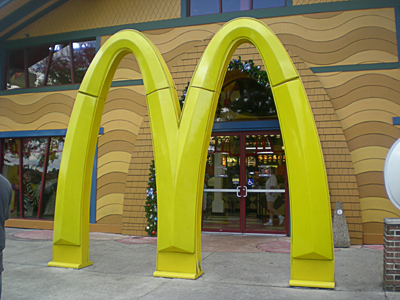 Right across from McDonald's is the new T-REX Restaurant. We were pretty excited to check it out as last time we were here is was still under construction.

This massive T-REX greets you as you walk in! 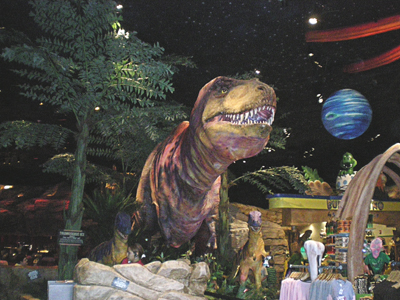 The bar area. They have a cotton candy martini that I would love to try next time. 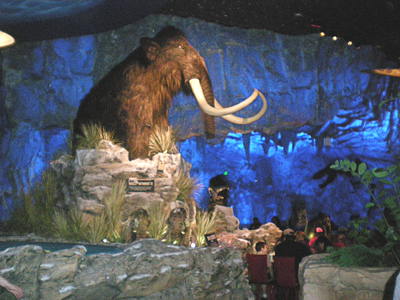 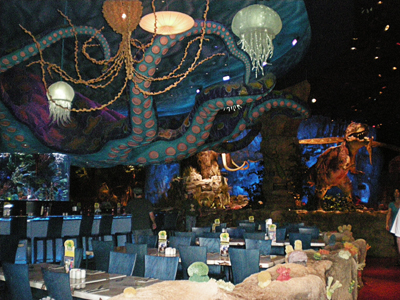 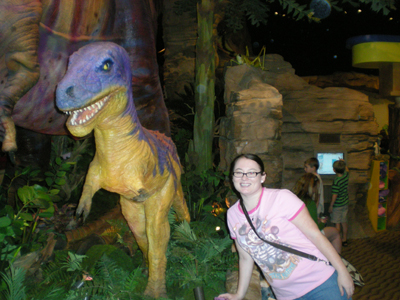 I had never seen this before, but Build a Bear Workshop also has Build-a-Dino Stores. This one is inside the restaurant gift shop. Great for little boys. 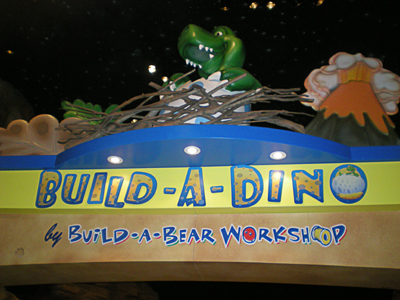 After exploring the new restaurant we are definitely dining here the next time we visit. This is one of the coolest, best themed restaurants I have ever been in. T-REX beats Rainforest Cafe hands down.

After that we hit the Disney Christmas Shop to buy some ornaments (I will have to post my special glass slipper ornament that I got later), and then to Goofy's Candy Shop to buy a 6 pack of Christmas Rice Krispie Mickey's to take home. Yummy.

I also got a chance to see  the inside of Disney's Design a Tee Presented by Hanes, where you can design and make your own personalized Disney shirts. This will be a great spot for families who want a special souvenir of their vacation. 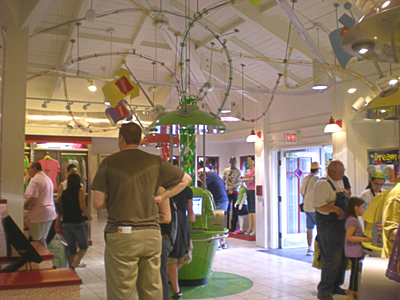 After that it was about time to go home. 🙁

We had a great time visiting Disney over the holidays and the themeing and decorations made it even more magical!