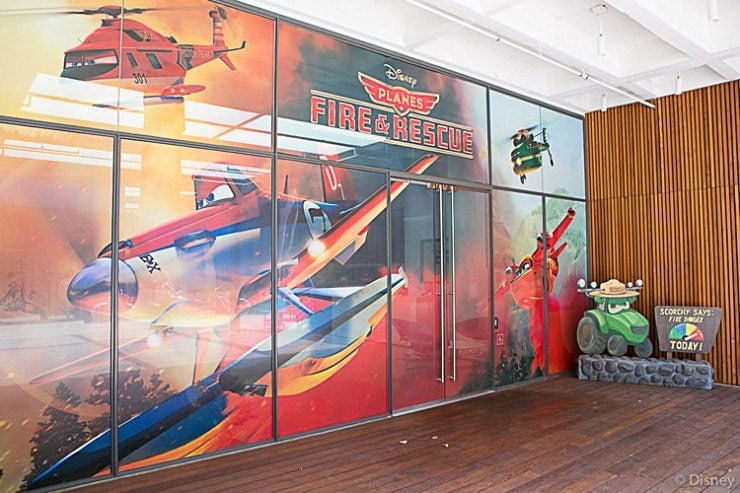 When I was out in Los Angeles last month for the Planes Fire & Rescue event, I was able to screen the movie (I heard that our group was the first to see the finished product!) and then interview the directors, Bobs Gabbaway and Ferrell Barron. Part of what makes animations from DisneyToon Studios great is the attention to detail that the directors, producers and animators put into making the films come to life. I've already touched on this topic in my posts on the Art of the Story and It's All About the Research, but Bobs and Ferrell really brought that home in the interview. Take a look.

How much time did you spend in National Parks?

Bobs : A lot of time, yeah. Yellowstone and Yosemite are the two Parks. You can see there are a lot of Monuments in there that are kind of taken from both. Waterfalls I think from from Yosemite, and our Art Director spent a lot of time there obviously, taking a lot of pictures. We met with a lot of Park Rangers who toured us around and Old Faithful Inn, our Lodge is based on the Old Faithful Inn, Yellowstone. So we got to take a quick trip and didn't have enough time. It was one of those Vacation trips where everyone's cramped in a car. Griswolds like. Speeding to one location, jump out take pictures, speed to another. And you see places in the park that, you know, a lot of people don't get to see which was really a lot of fun so...

There's research, you know, research informs everything right down to a gag, as well as big, feature moments. I mean, little things like the Lodges. There's Rocking Chairs in front of the Fire places. We had the head of National Parks watch the Movie. The Old Jammer, I'm sure you're familiar with it, is the tour buses that are used, still used today in Glacier National Park in Yellowstone. They're called Jammers because they would jam the gears.

Bobs: But it goes back to also, we brought in an Oil Analysis which is really interesting when Dusty has his mishap, his kind of heart attack. It was fun to realize that when that really happens. It can actually happen when gear starts shredding in an Airplane, they release metals into the Oil and that's how they analyze it and they analyze the oil and find out what -- what kind of metal is in the oil, which will determine what part of the Engine is faulting. What was interesting is that's very much like a blood test basically because they're taking it and they're looking under a Microscope and so it -- it really lended itself to having a Medical problem, you know, for these Air Craft Characters for our, so that was, we joked cause it's like the highlight of this Guy's career.

Ferrell: So it goes back again to the research, bringing in as many consultants as we can to help every aspect of the movie that related to the story, to bringing truth to it all. 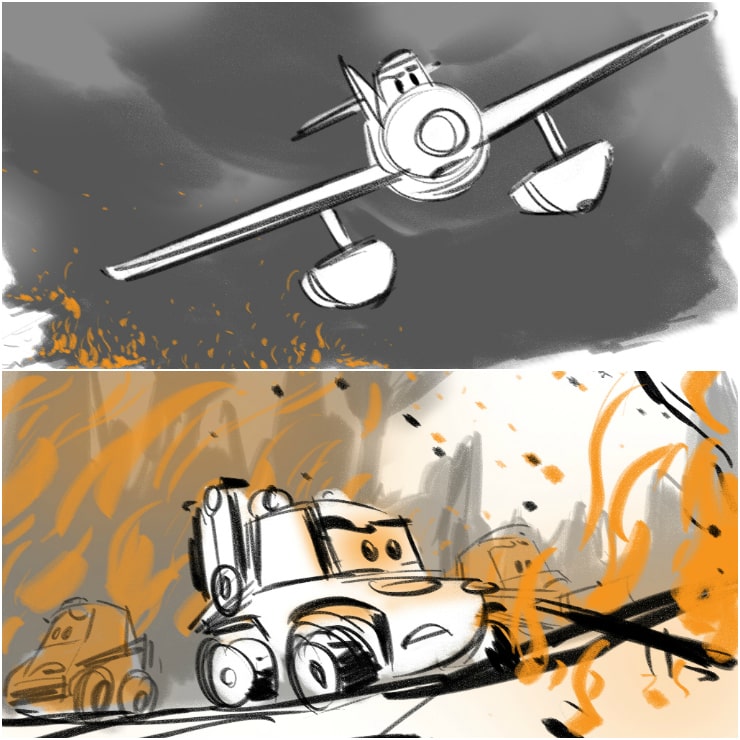 What kind of research did you do to get the fire to look so realistic? Did you just watch Videos of a Fire? Did you actually see a fire?

Ferrell: Years and years and years. Well we will never confess to that. But yeah, it just takes. I mean, no we didn't jump into a fire but we certainly, there's a lot of footage. Cal Fire provided us with a lot of great footage. This was probably the biggest undertaking we've ever tried here to Disney Studios was -- was this FX Movie. 53% of our Movie I had Visual Effects and the joy of that is Fire, Smoke, and Water. So when we, when Bobs first pitched this to John Lasseter and he saw that first image, they knew we had to get on, call R&D Research and Development right away on the fire., cause it's essentially a character. So you want to be sure you're developing this Character that it looks real. He was a very -- he was very specific. He wanted it to look -- to look real and not -- not fake. So that was our first thing.