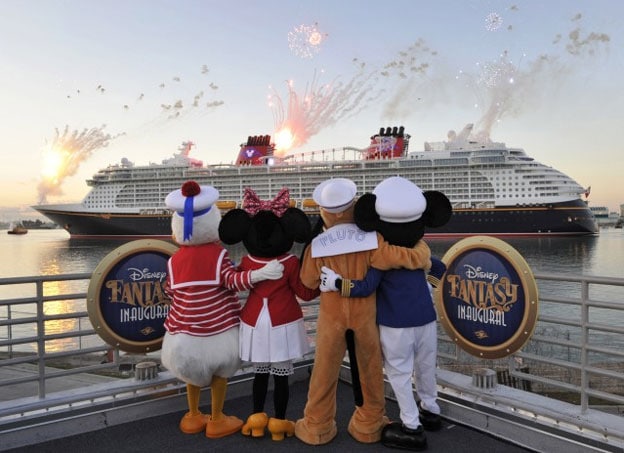 Disney Cruise Line's newest ship, the Disney Fantasy, arrived in Port Canaveral (her new homeport) after traveling nearly 4,700 miles across the Atlantic Ocean from Bremerhaven, Germany-- with a short stop at the Manhattan Cruise Terminal in NYC, where the Disney Fantasy was christened by her godmother, Mariah Carey.

Her arrival in Port Canaveral means I'm just a few weeks away from sailing the Disney Fantasy on one of her inaugural voyages before her official maiden voyage on March 31, 2012, when the Disney Fantasy will embark on seven-night sailings, alternating between Eastern and Western Caribbean itineraries, with a stop at Castaway Cay, Disney’s own private island in The Bahamas.

Here's what I'm looking forward to on the Disney Fantasy: