Try these Mickey Cinnamon Rolls for a Halloween family breakfast treat! They're inspired by the Mickey-shaped cinnamon roll at the Main Street Bakery and are easily made at home with four simple ingredients. 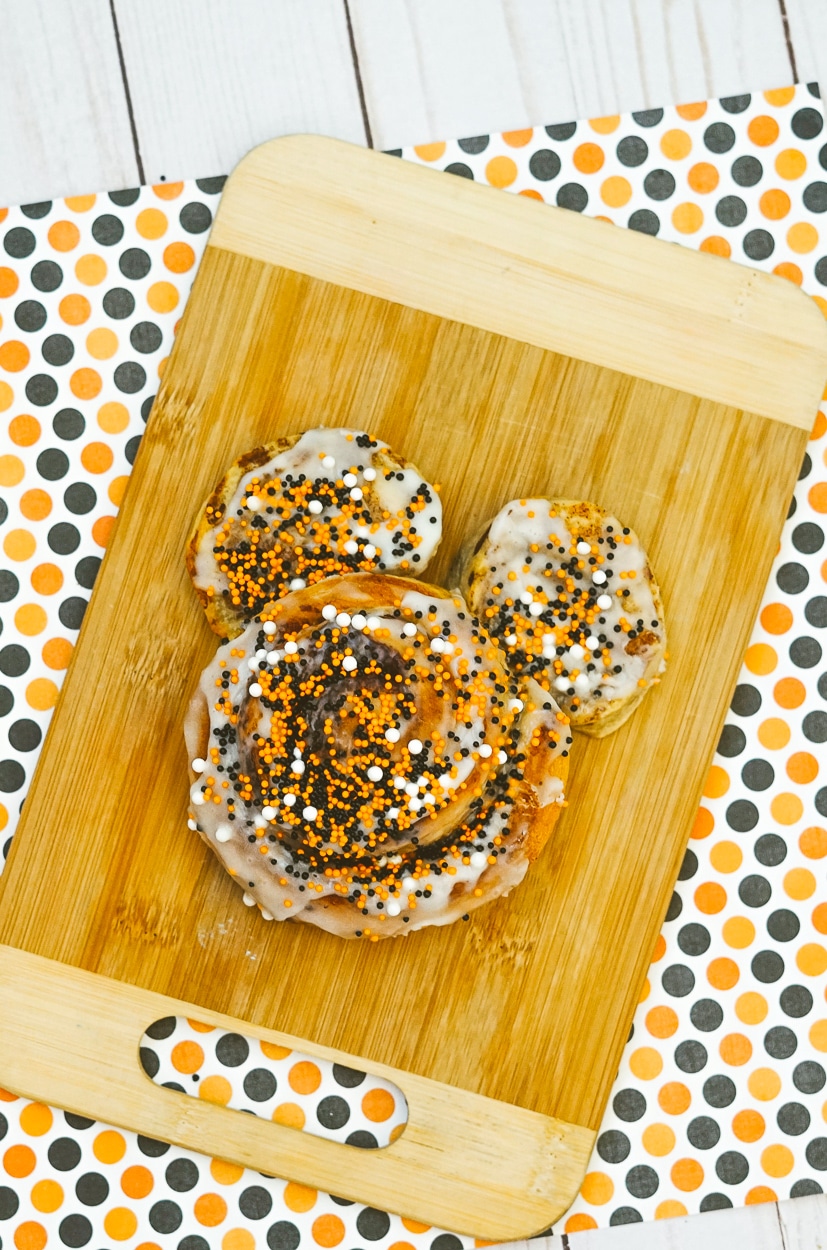 With Halloween quickly approaching, I’ve been looking for something special to make for breakfast on Halloween morning. I love to surprise my family with a memorable breakfast to add a festive touch to special days — especially when these holidays occur on a weekday, and everyone has to head off their separate ways to work and school.

The Main Street Bakery had a Mickey-shaped Cinnamon Roll with orange icing and a chocolate spider web a few years back that was similar to the Colossal Mickey Cinnamon Roll at the Animal Kingdom — that's where the inspiration came for this giant Mickey Mouse cinnamon roll that's made up of 3 cinnamon buns connected together. 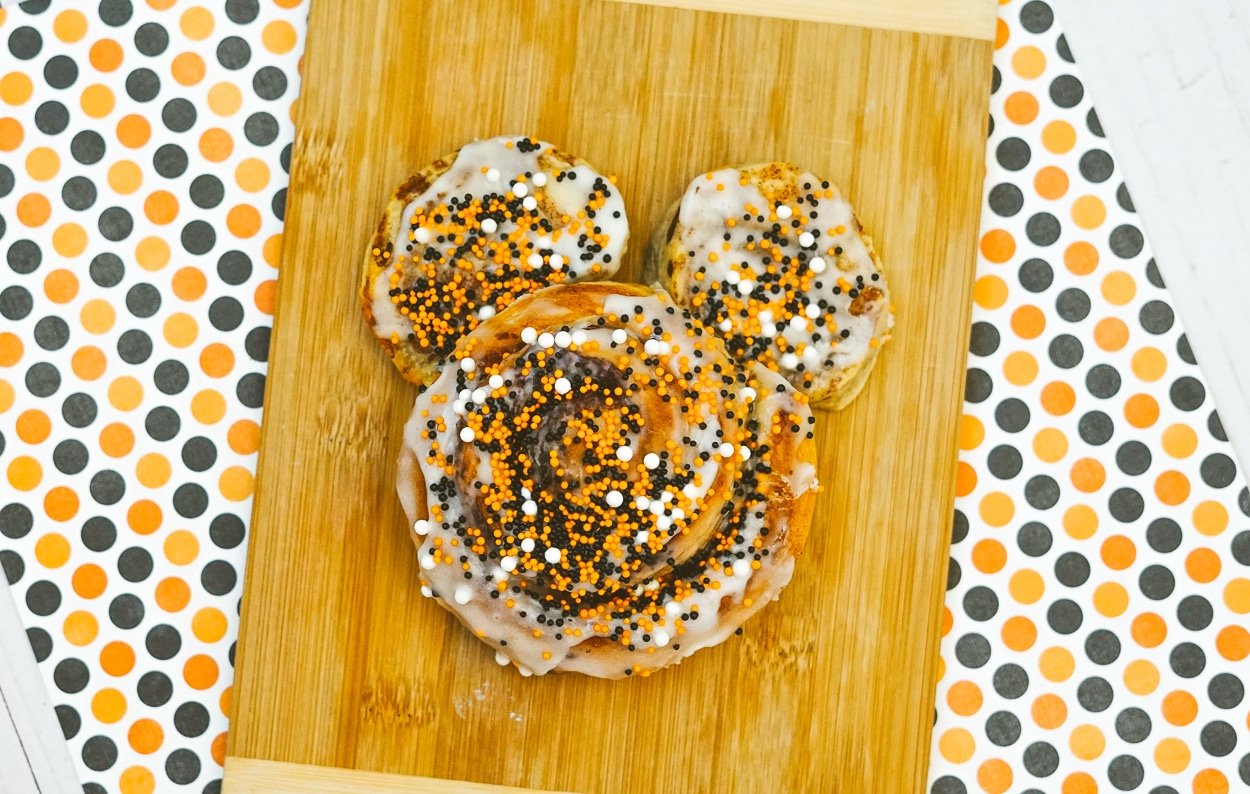 These Mickey Cinnamon Rolls are the perfect way to combine my family’s love of all things, Disney, with our family Halloween celebration.

Because these cinnamon buns use the pre-made, refrigerated dough, they go together in just a few minutes. That’s just perfect for a weekday breakfast.

Mickey Cinnamon Rolls requires just four ingredients, and they are easy enough for your Disney-loving youngsters to assist you in the kitchen, too. You can have these cinnamon rolls done, start to finish, in 30 minutes or less!

The method for making these Mickey Cinnamon Rolls is simple. Combine two different sizes of refrigerated cinnamon rolls to make that famous Mickey shape and bake. Then frost with the included icing, and decorate with sprinkles. Mickey. Cinnamon Rolls. Sprinkles — I can’t think of anyone who wouldn’t love this breakfast treat!

You don’t have to limit these Disney cinnamon rolls to Halloween celebrations, either. Just change out the sprinkles you use, and you can enjoy Mickey breakfast treats for any holiday! Why not make these special cinnamon rolls a family tradition for all your holiday morning breakfasts? 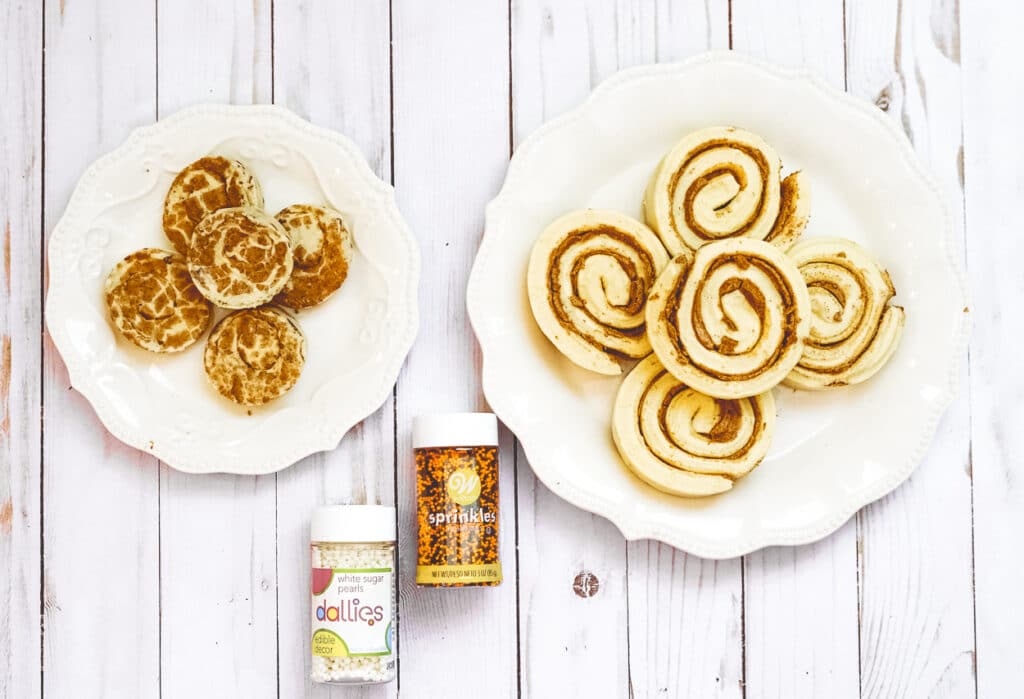 How to Make Mickey Cinnamon Rolls 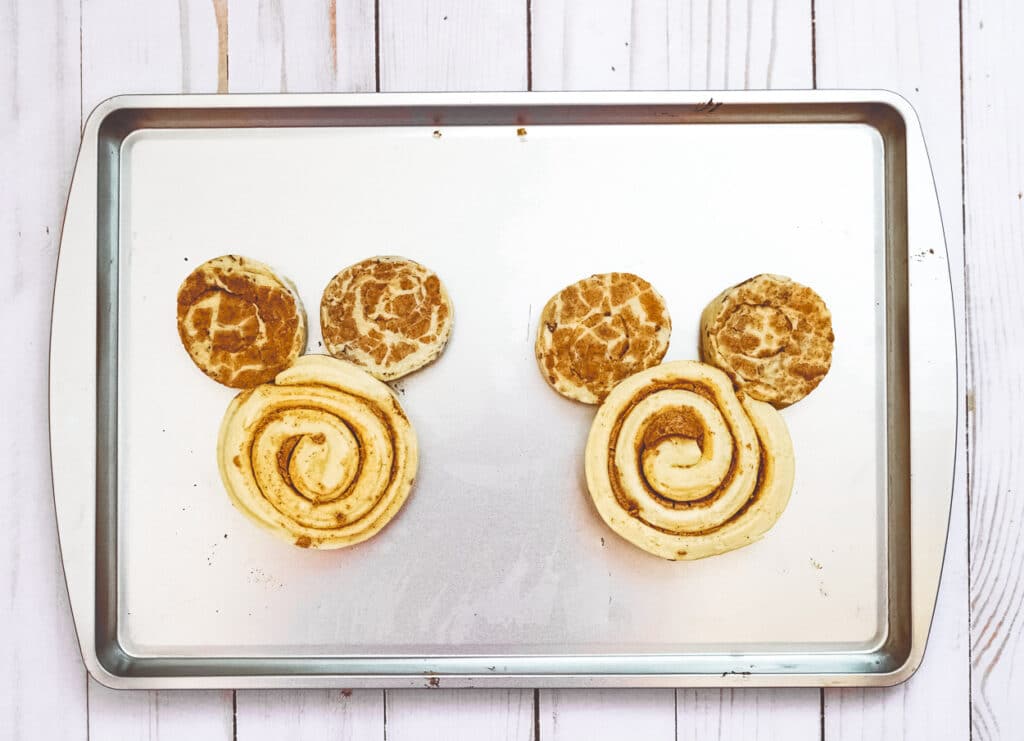 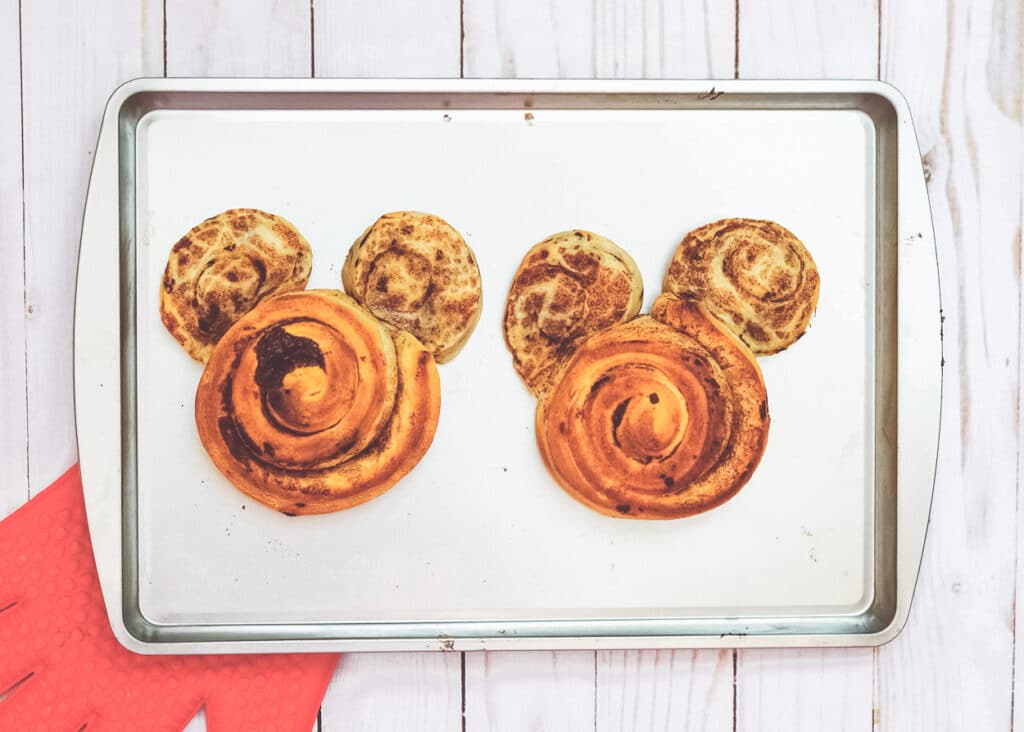 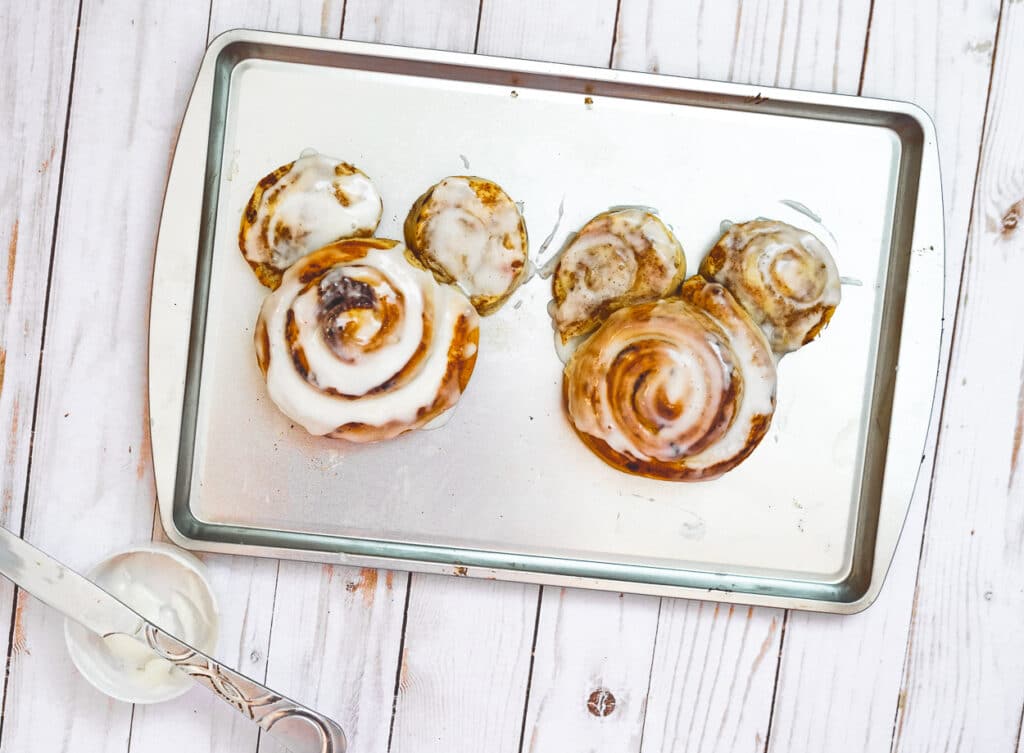 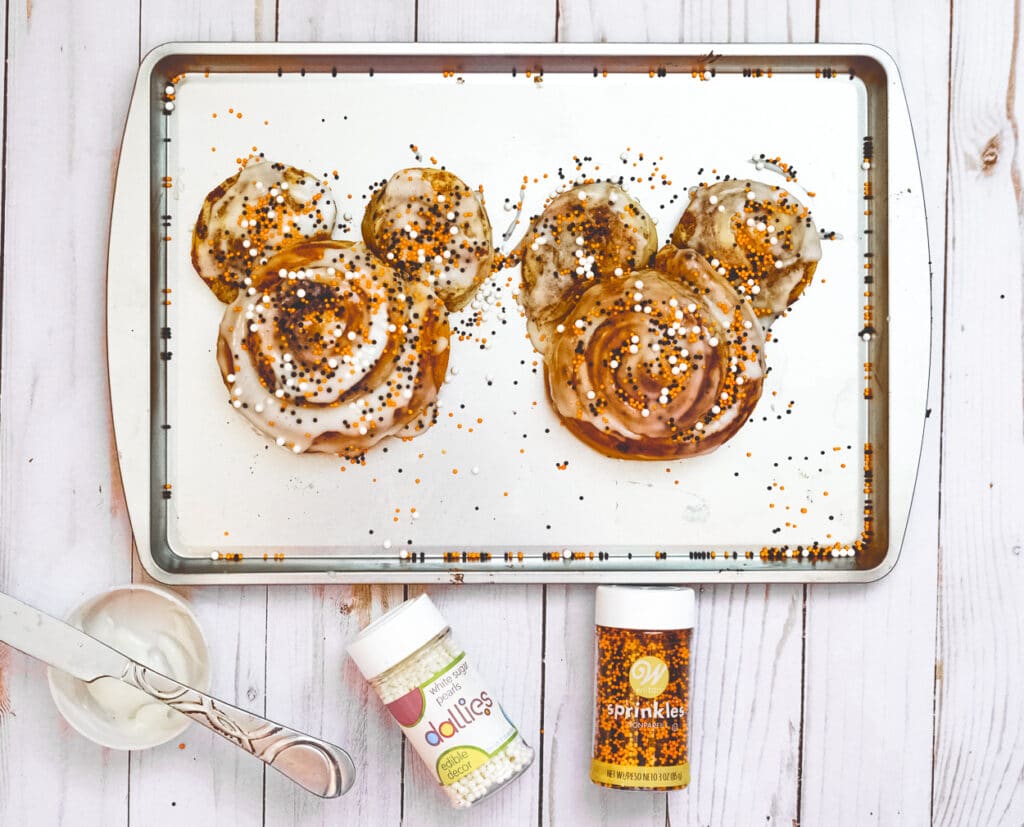 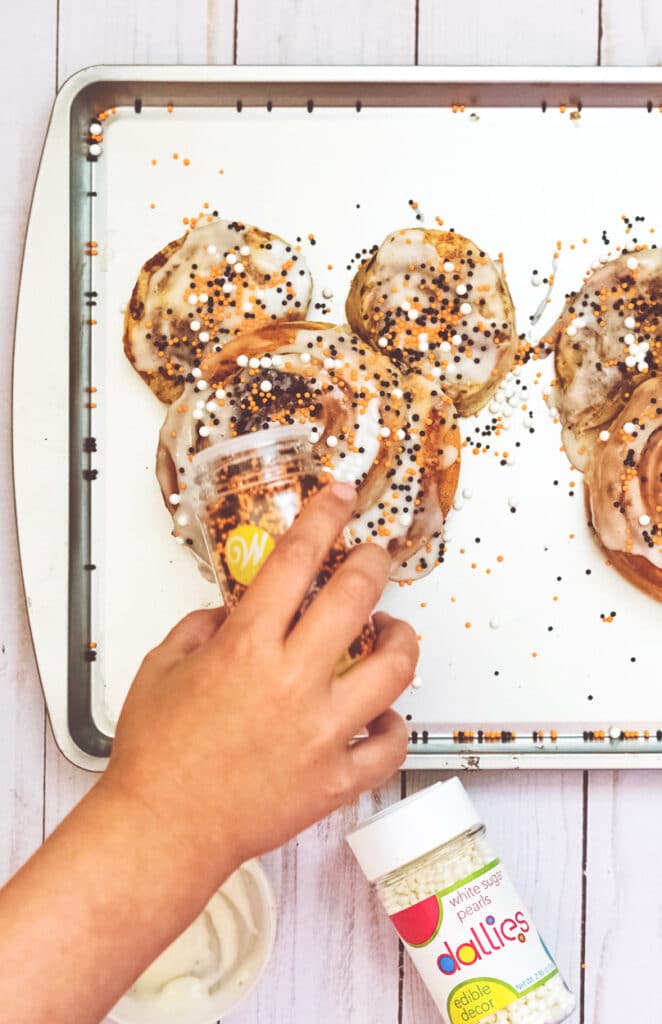 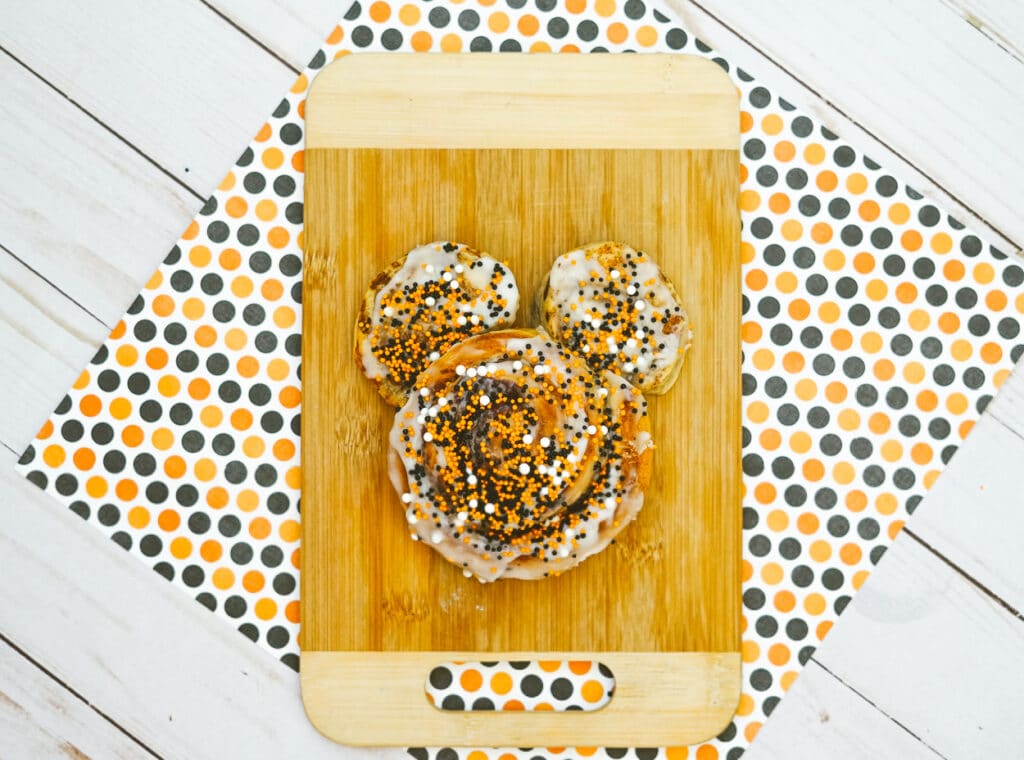 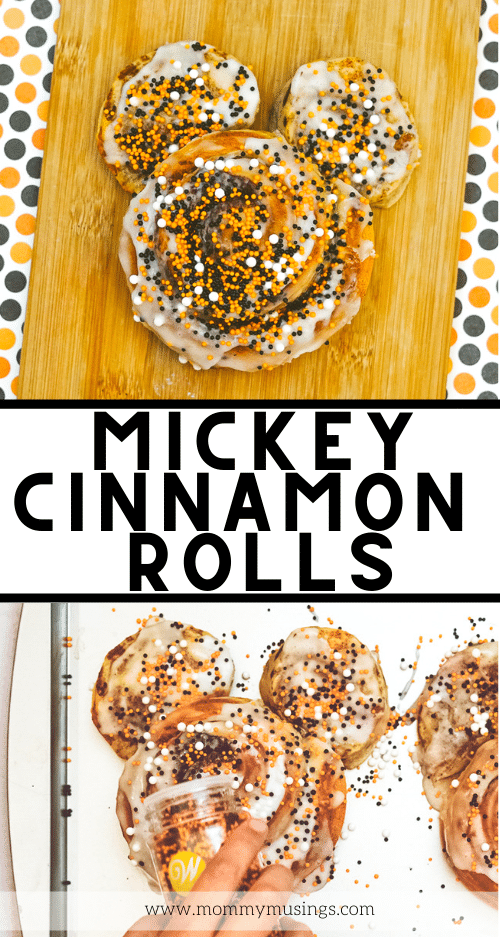 Mommy Musings™ is a participant in the Amazon Services LLC Associates Program, an affiliate advertising program designed to provide a means for sites to earn advertising fees by advertising and linking to Amazon.com
Skip to Recipe
56 shares