If Mardi Gras and Halloween had a baby, it would be Carnival in Dusseldorf, Germany. That's the best way to describe the extravaganza that's held yearly from the 'Hoppeditz Awakening' on November 11th until Ash Wednesday. 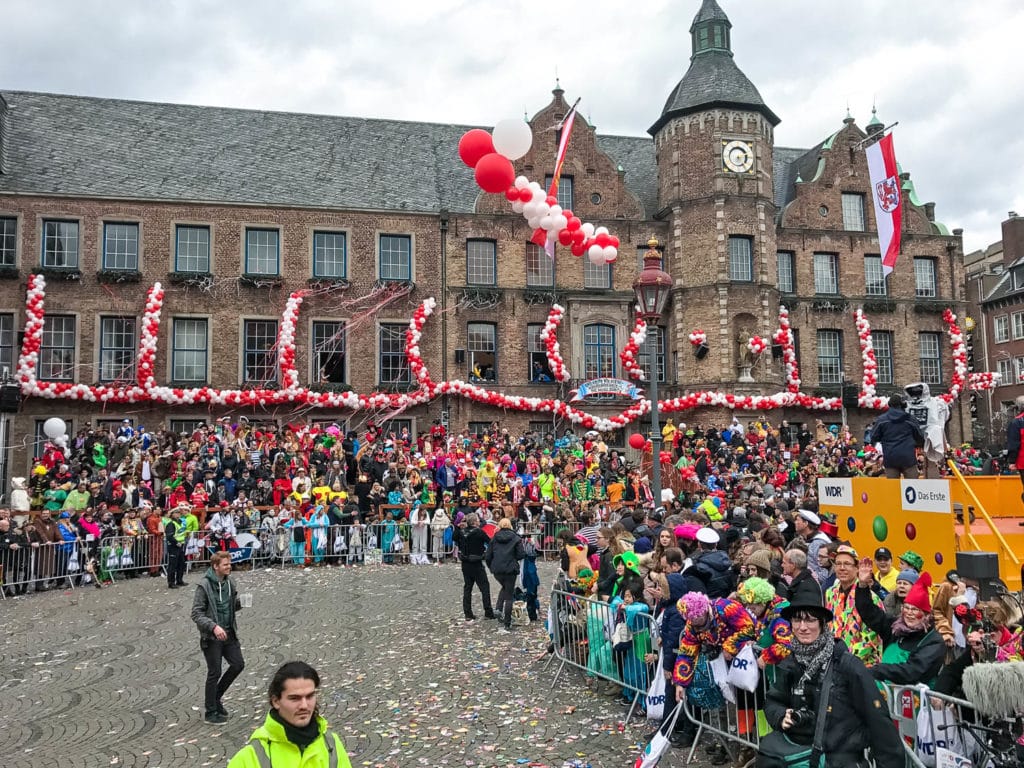 The highlight of the celebration is the Rose Monday Parade, with elaborate floats, costumes, and candy for revelers young and old. Everyone, and I mean everyone, comes out to party. 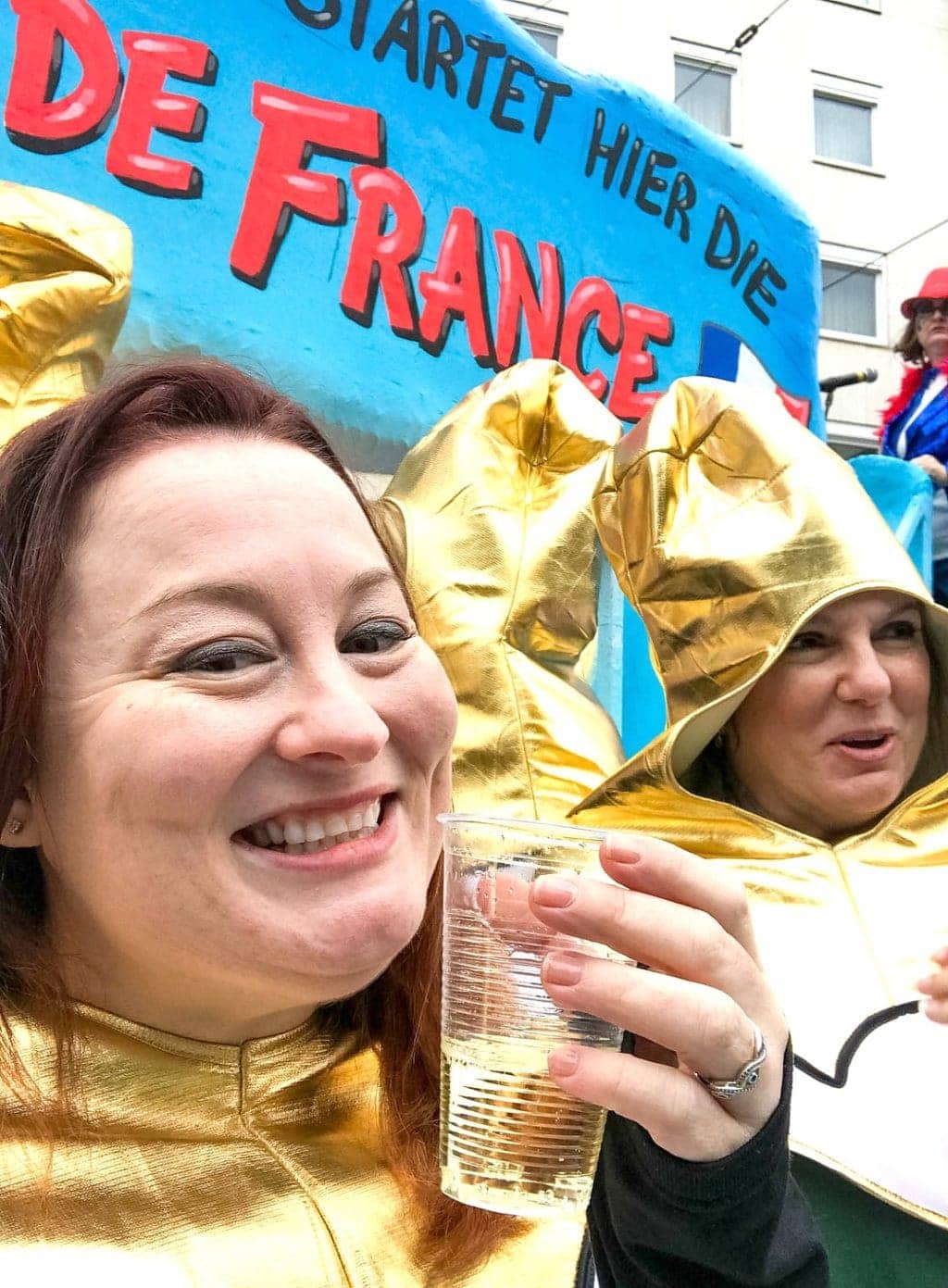 Carnival in Düsseldorf has a schedule that starts on November 11 at 11:11 am when the Hoppeditz awakens (he’s a jester of sorts) on the Marktplatz. This event officially marks the beginning of Carnival season.

The rest of the festivities are held in February or March (depending upon the year), and this the time when you’ll want to plan your trip to Dusseldorf to celebrate Karnival. For 2018, the Dusseldorf Carnival festivities run from February 8-12.

There are three consecutive days where locals and visitors come out to celebrate: 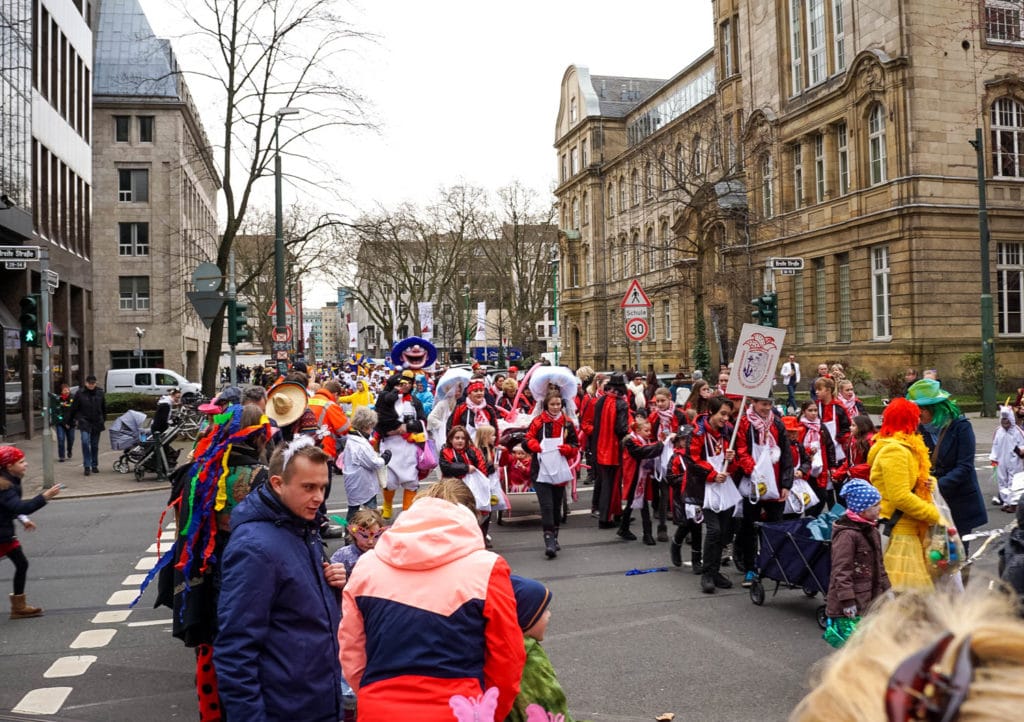 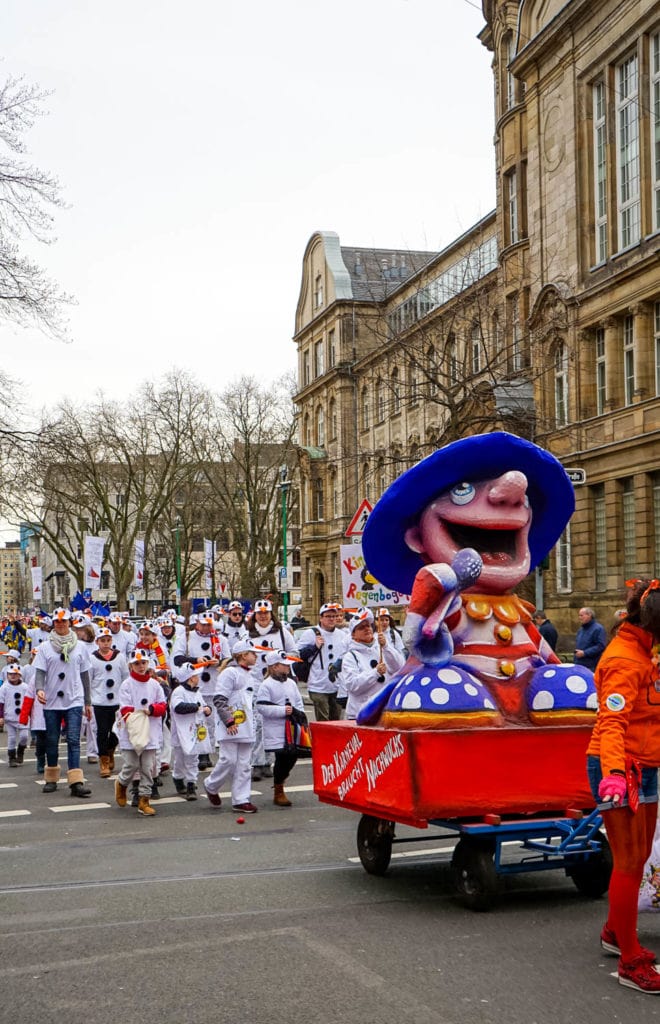 Sunday — Street Carnival on the Königsallee 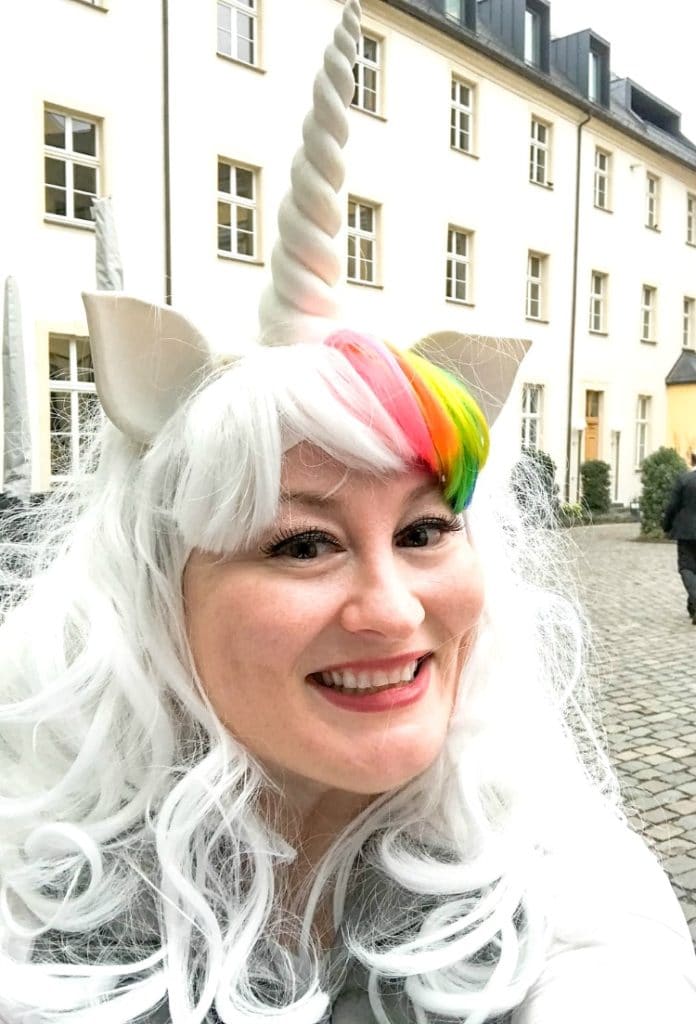 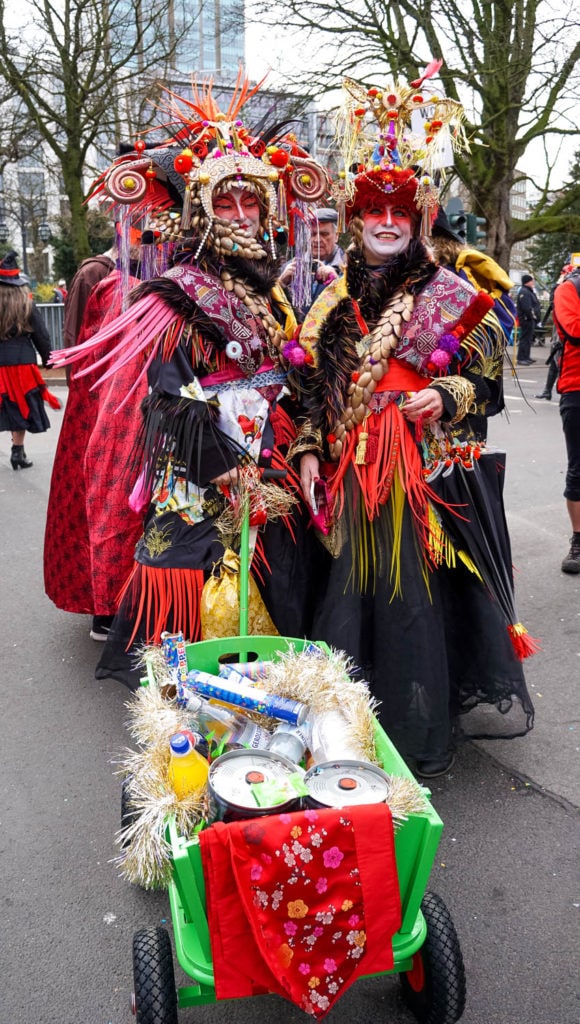 The Rose Parade is what I would consider the MAIN EVENT of Karnival in Dusseldorf. More than 60 parade floats roll through Old Town, throwing out candy and other small trinkets. 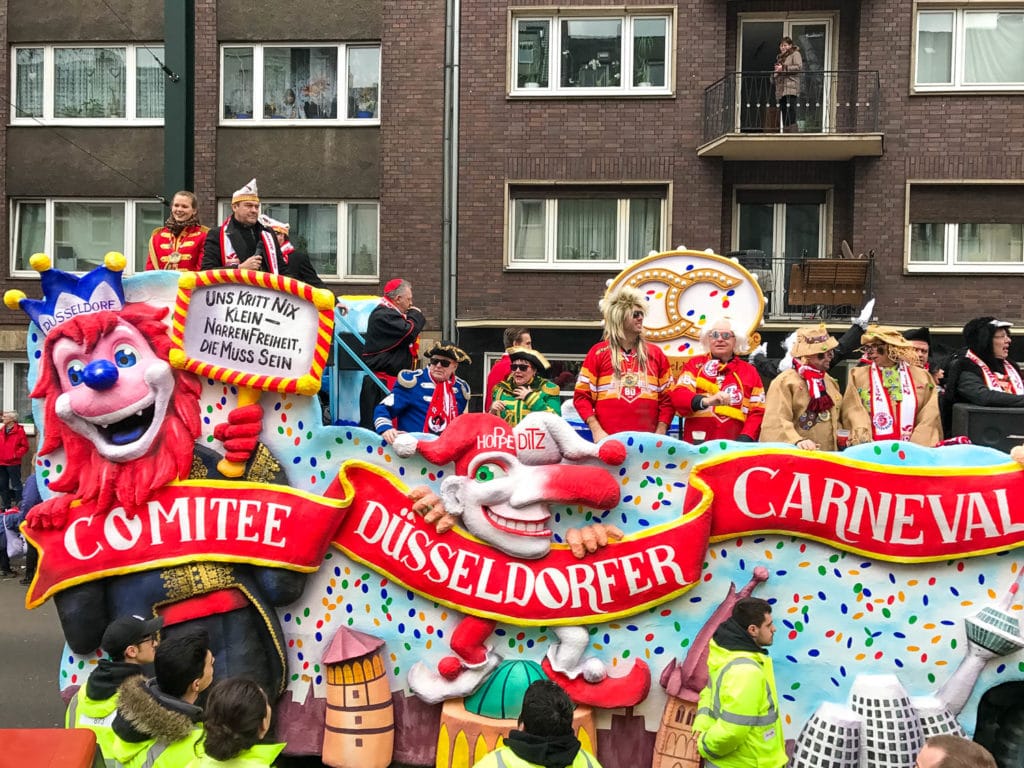 I was extremely fortunate to have been invited to ride one of the floats as a guest of the Dusseldorf Tourist Board. Our float was decorated for the Tour de France, which was the location of Le Grand Départ in 2017. It was an incredible vantage point as I could see the entire scope of the city and everyone attending. 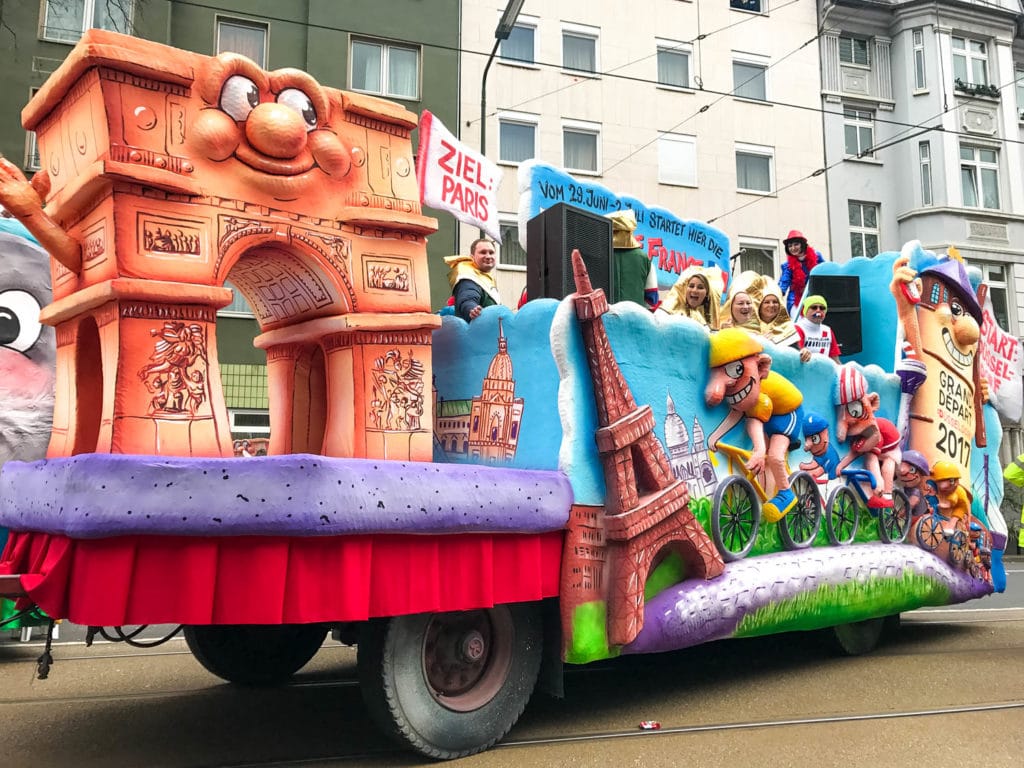 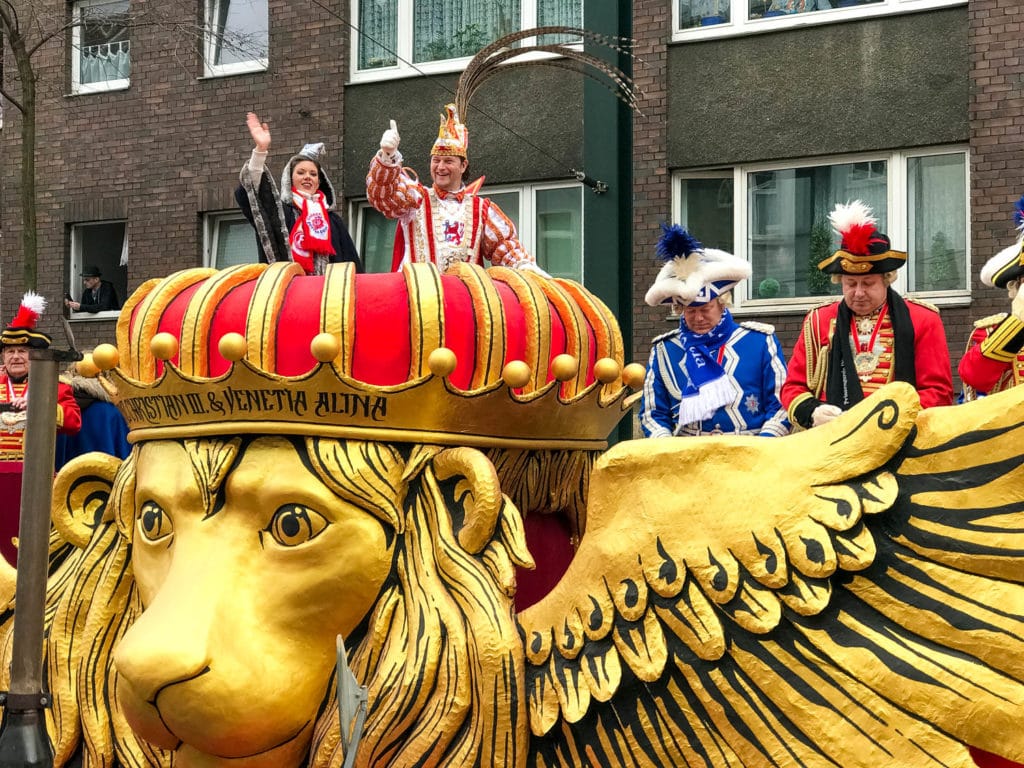 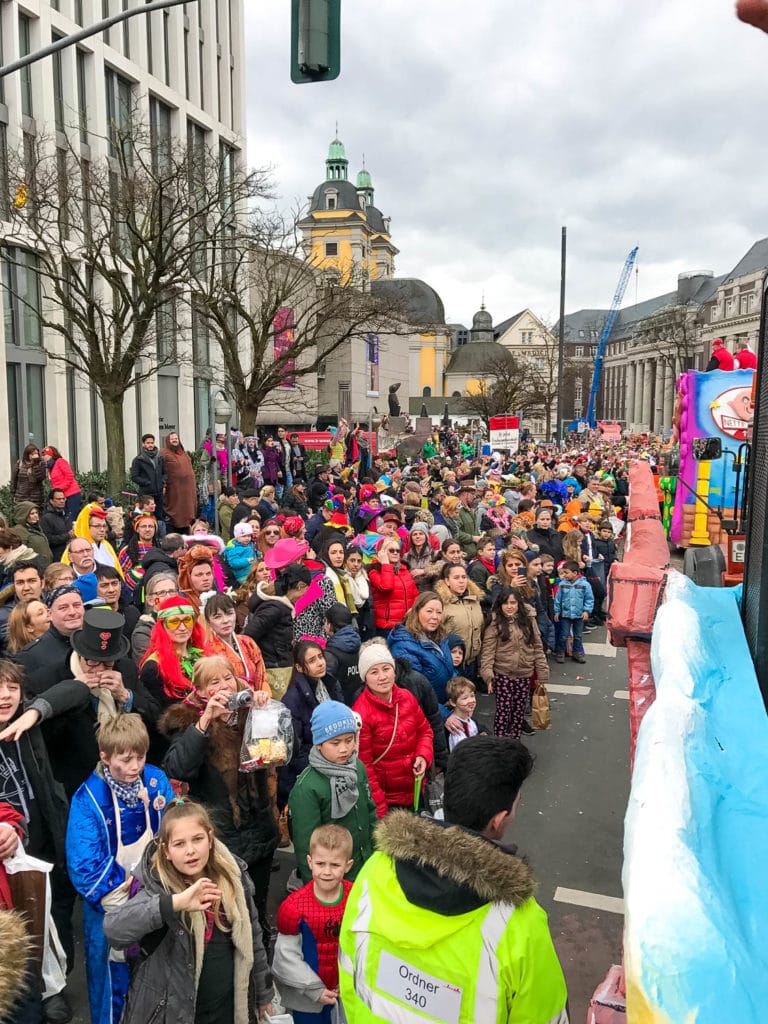 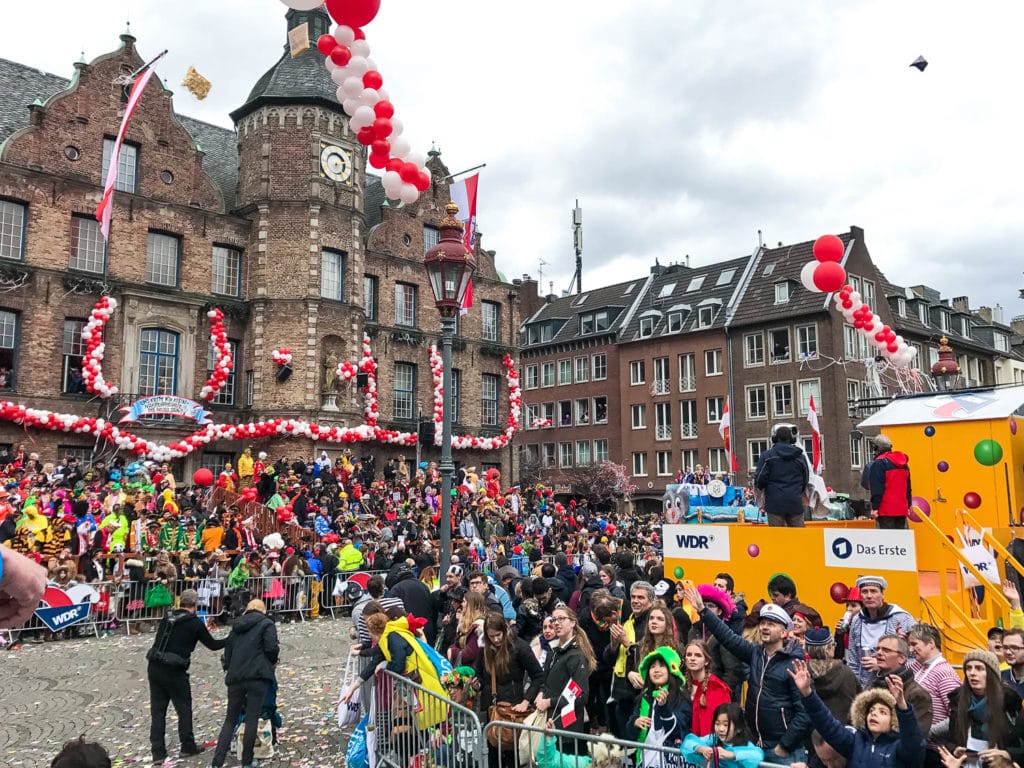 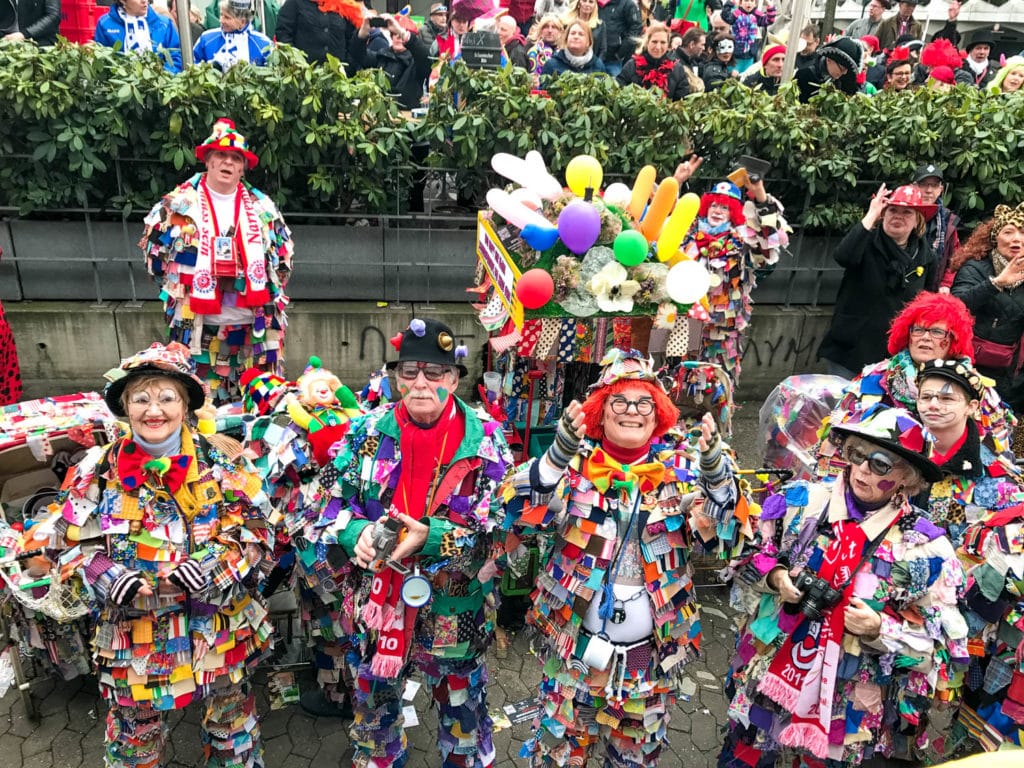 I suggest arriving in Dusseldorf at least a day before the youth parade on Saturday to rest and adjust to the time change— believe me, you don’t want to spend your time in the hotel sleeping when you could be outside enjoying the festivities!

As for accommodations, two hotels come to mind as perfect home bases for Karnival in Düsseldorf. The first is the luxurious Breidenbacher Hof— you really can't go wrong with this high-end retreat. The second is the Derag Livinghotel De Medici, also known as the Convent Hotel. The parade passes in front of both hotels in Old Town.

Either location is great for families because you don’t have to venture far to be in the center of the action, which makes it very easy to come back for a nap between activities or just for a restroom break (something that needs real consideration with the number of people attending and the lack of public restrooms!).

Mommy Musings™ is a participant in the Amazon Services LLC Associates Program, an affiliate advertising program designed to provide a means for sites to earn advertising fees by advertising and linking to Amazon.com
52 shares