Cinnamon Roll Waffles are a thing (and a genius one at that!) — and they're just about the easiest thing to make in a waffle iron using refrigerated cinnamon rolls. 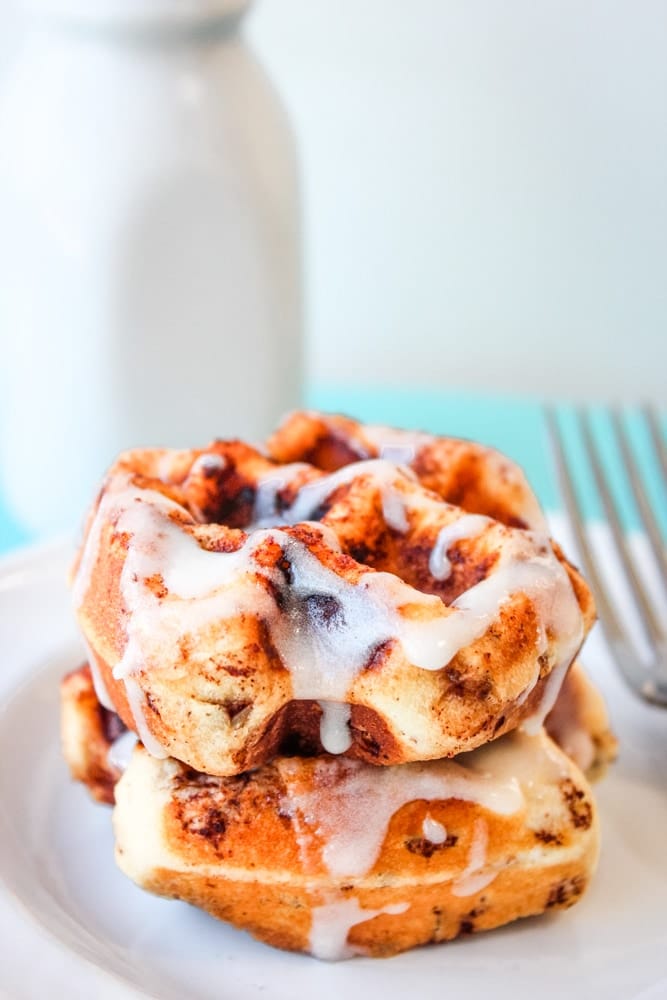 Is there anything more tempting than cinnamon rolls in the morning? How about a new twist on a breakfast favorite that meshes thick golden waffles with sweet cinnamon buns and icing? The combo is as decadent as it sounds!

Cinnamon rolls in waffle maker are so easy— especially when you use refrigerated cinnamon buns! My family is a fan of Pillsbury Cinnabon Cinnamon Rolls, but ANY refrigerated canned cinnamon bun can be used. Just make sure the dough comes with a pack of icing because you'll want to drizzle it on top of the waffles!

This cinnamon roll waffle recipe is more like a how-to as there's no prepping or mixing involved. All you need is canned cinnamon rolls with icing and a waffle maker. 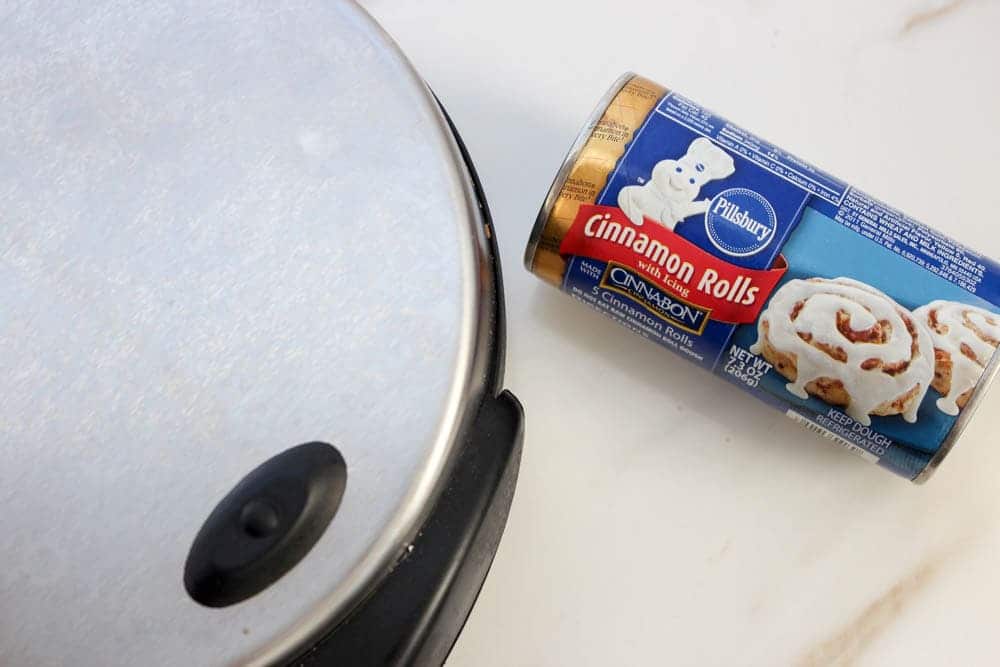 How to Make Cinnamon Roll Waffles

3. Place 1 cinnamon roll in each quadrant of the waffle maker.

4. Close and cook until waffle iron displays that the waffles are ready, approx 3-4 minutes. 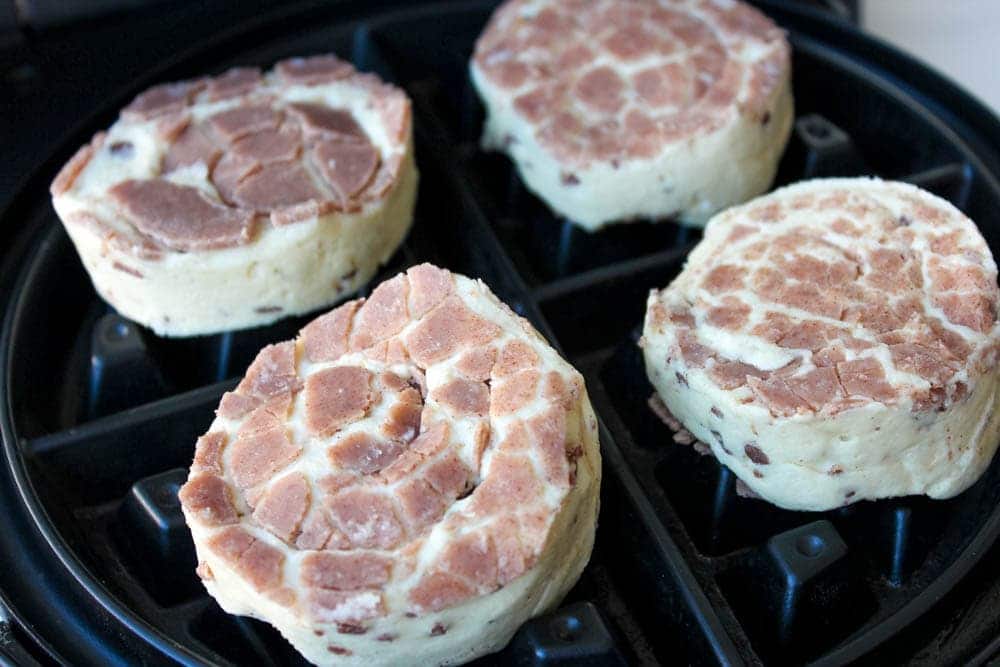 5. Drizzle supplied icing over each waffle (or top with maple syrup) — Enjoy!

Now that you know how to make cinnamon bun waffles, consider using them for dessert in addition to breakfast. We enjoy these cinnamon waffles with a scoop of vanilla ice cream on top, and if we're feeling extra fancy and indulgent, a bit of cherry or apple pie filling on the side makes the ultimate sweet treat. 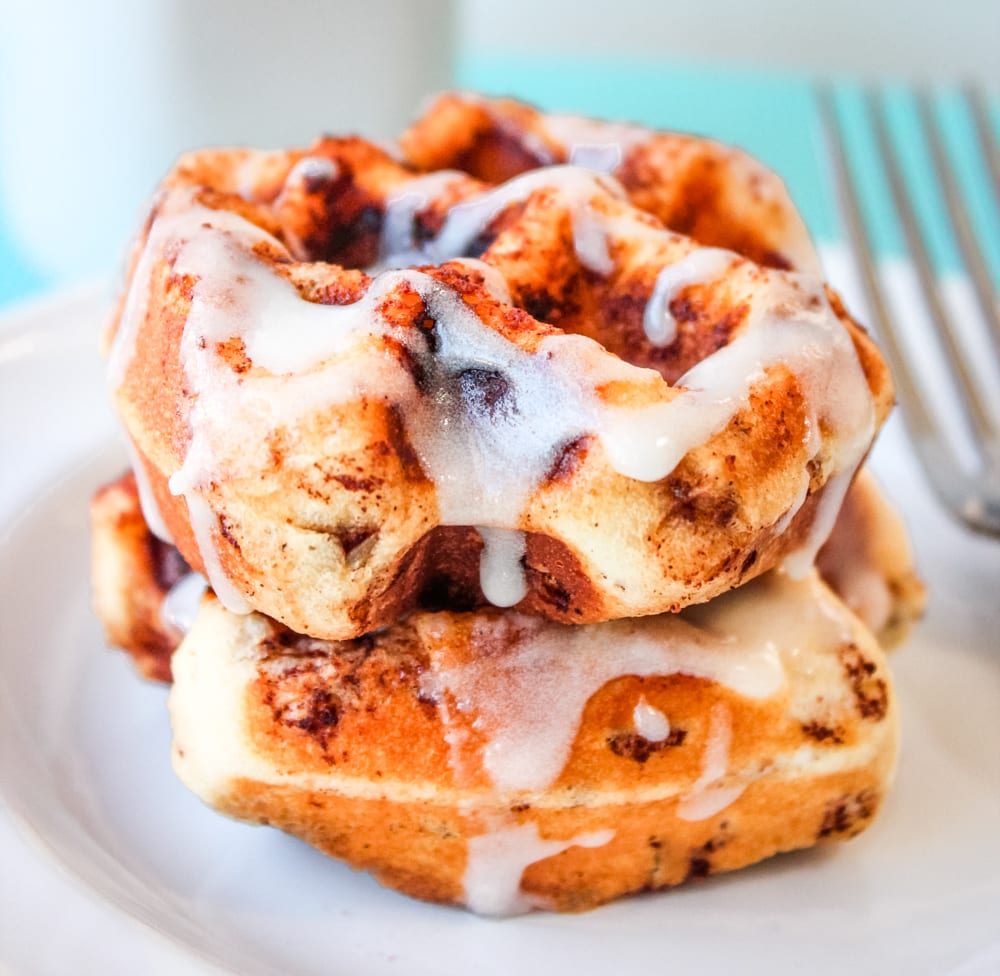 Can Cinnamon Bun Waffles be made with Homemade Cinnamon Rolls?

Absolutely. If you have time on your hands and want to make homemade cinnamon bun waffles you can use made-from-scratch cinnamon roll dough. I don't have my own recipe for homemade cinnamon buns, but here is a scratch recipe from a popular baking blog. Chill the dough once it has risen before cooking in the waffle maker.

Mommy Musings™ is a participant in the Amazon Services LLC Associates Program, an affiliate advertising program designed to provide a means for sites to earn advertising fees by advertising and linking to Amazon.com
1.3K shares